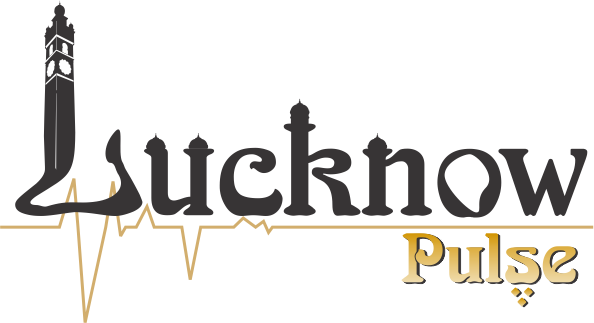 In today’s world, people have numerous entertainment options to choose from. Right from excursion trips to picnics, movies to discos, the choices are numerous and wide-ranging. However, in the olden times, entertainment was all about social gatherings or Mehfils that were organised with Urdu poetry recitations and Ghazal renditions for amusement.

The “Mehfils” gave birth to the “Mushairas” where people gathered in large numbers to enjoy the subtle creativity of the Urdu Shayars and Ghazal singers. Lucknow, being a place known for its Urdu language and Tehzeeb, has been the breeding ground for mushairas since times immemorial. The city has witnessed large number of grand Mushairas and has given various stalwarts in Urdu Shayari and Ghazals.

Mushairas are gatherings that are marked by refinement, traditions and a set of rules, to be followed by all who are a part of it. Explore the world of Mushairas with us to know more about these events.

What is Mushaira all about?

A Mushaira can be translated to an evening social gathering where people come together to celebrate creativity and competition in Urdu Shayari, Poetry and Ghazal singing. The couplets, poetries, shayari, ghazals can be best heard and enjoyed in a typical Mushaira, where the “Waah- Waahi” of the listeners resonates continuously, serving as encouragement for participants.

The Mushaira used to be a grand, cultural and celebrated event that served as a testing ground of the poets and their creativity along with their knowledge of Urdu language, speech-making and precise pronunciation (talaffuz). Mushairas have their own set of norms to be followed both by the guest poets and the audience. A certain decorum needs to be maintained in a Mushaira, where appreciating the poet through the “Waah- Waahi” also needs to be within the accepted standards.

When the poetry involves humour then it is sometimes referred to as “Mazahiya Mushaira”.  When a Mushaira takes a competitive form, it is known as “Tarahi Mushaira” where the poet is given a “misra” (a line of a couplet) and the poet has to compose a ghazal based on the “misra” and the “behar”( rhythmic metre) of the “misra”.

Mushairas are conducted by a host who invites the guest poets to perform one by one, inviting the most popular guest poet in the end as the protocol goes. In Mushairas, people from the audience are also called upon to perform sometimes, if invited by the host. The elocution of the poets leaves the audience mesmerized and the “Waah –Waah” (words used to cheer and applaud the couplets of the poet in a Mushaira) echoes in the ambience. In a Mushaira, you can also see the poets repeatedly reciting their poetries and shayari on the request of the audience. This usually happens when the couplets of the poet leave the audience spell bound and the creativity of the poet is at its best. Sometimes, people from the listeners repeat the first few lines, delivered by the poet, themselves, as a mark of appreciation and encouragement. This is known as “Misra Uthaana”, a tradition dying in Mushairas of today.

Mushairas represent an entire era of culture that thrived on etiquettes, traditions and tehzeeb. It has been a refined, sophisticated and cultured form of entertainment where youngsters used to be encouraged to learn Urdu language and the decorum and manners of such social gatherings.

The city of Lucknow has a deep and old relation with Mushairas , firstly because the city is  a prominent school of Urdu Poetry and secondly because it has a rich lineage of Urdu language. Mushairas and shayari gained popularity in Lucknow city during the Mughal and the Nawabi rule, when many of the rulers patronised such events. During the Mughal reign, it gained a lot of popularity as Urdu was a language largely supported by the Mughals and also for being a classy, refined and sophisticated form of entertainment. Many such grand Mushairas used to continue till the wee hours of the night during the reign of the Nawabs, who were fond of such regal gatherings.

Lucknow city, largely influenced by the things Nawabi, loves to keep the traditions of the Nawabs alive. The city still has Mushairas conducted for the promotion of Urdu language and as an encouragement to the Urdu poets. The Lucknow Literary Festival and the annual Lucknow Festival see Mushairas  being conducted every year to keep the Urdu language, culture and the tehzeeb of the city of Nawabs alive.

In modern times, even in the presence of so many forms of entertainment, the charm of Mushairas is still thriving with Lucknow city and its love for Urdu language.раскрутка сайта в google бесплатно