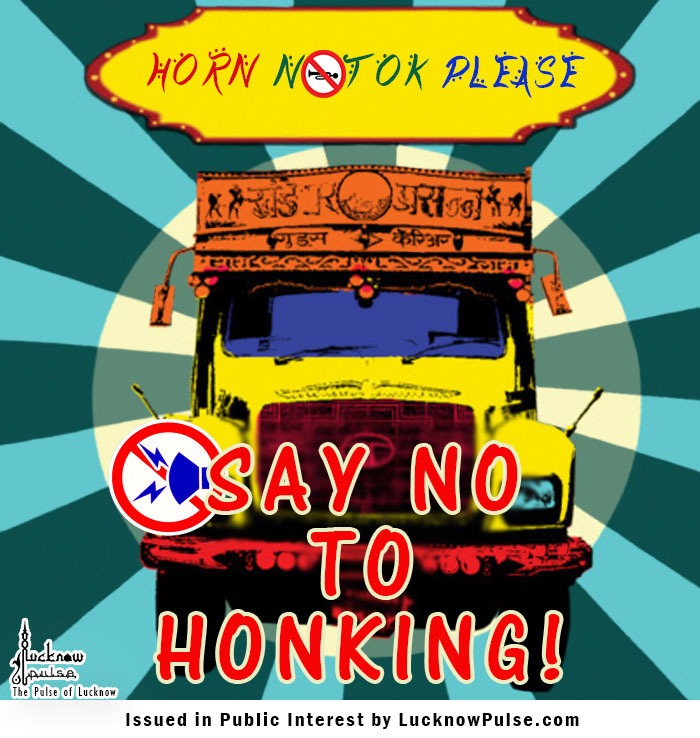 In the recent times, Lucknow has undergone some major changes and is on its way to become one of the prominent cities of the country. It is among the few places where a person can experience the hustle-bustle of the big cities and at the same time, it retains the relaxed and easy going environment that is difficult to find elsewhere among the other tier-2 cities in India. Noise Pollution has been a big problem for long.

But of late, this sense of calmness seems to be in grave danger as Lucknow is now plagued with the menace of noise pollution and it is becoming more severe than ever. Officials from the Uttar Pradesh Pollution Control Board (UPPCB) recently conducted a survey to assess the levels of noise pollution in the city and it was found that regardless of the measures taken by the authorities, there has been little or no respite from the pollution levels.

Among the residential areas, the area near the High Court guest house on Lal Bahadur Shastri road recorded the highest level of noise pollution while the Burlington crossing had the maximum levels in the commercial zones. Even the silence zone near Balrampur Hospital in Golaganj recorded unusually high levels of noise pollution.

Unauthorized use of loudspeakers, loud music played by disc jockeys in celebrations beyond the permissible hours and unnecessary honking on roads are few of the common sources of noise pollution. We may think that we have become immune to it but that is hardly the case. More than a mere annoyance, noise pollution has serious implications on not just the environment but also on people’s health.

Earlier in January, the government had ordered the DMs and SPs to make sure that the unauthorized loudspeakers and any such systems set up in public places be removed, following which the administration removed over 1,200 illegal loudspeakers from various places. Unfortunately, the move did not have any significant effect in curbing noise pollution.

As per a Times of India report, data collected by the UP Police Department shows that 21,440 complaints related to serious noise pollution were registered in 2017 and all of them came from DJ systems and wedding processions.

Even though several attempts are being made by the authorities to regulate noise pollution but there has been no positive and visible change.. The responsibility of the environment does not only lie with the administration; the citizens are equally responsible for it. As a common man, here are some steps we must follow to curb noise pollution:

• Operate the TV, computer and other appliances on low volume and turn them off when not in use.
• Keep in mind that the UPPCB allows loudspeakers between 6.00 AM to 10.00 PM in cultural and other functions, provided the stipulated noise level is maintained.
• Follow the noise level limits, especially in silent zones (hospitals, schools etc.).
• Plant more trees. They help is reducing noise by absorbing 5-10 decibels around them.
• Ensure proper maintenance of your vehicles.
• Refrain from unnecessary honking while on the road.

Curbing pollution requires a collective effort and the laws made by the authorities will be effective only as long as the citizens abide by them. So, it becomes our responsibility towards our environment and every fellow citizen must ensure that all the necessary guidelines are duly followed.

Honking has led to severe traffic and pollution in the city, read about how honking affects us here.