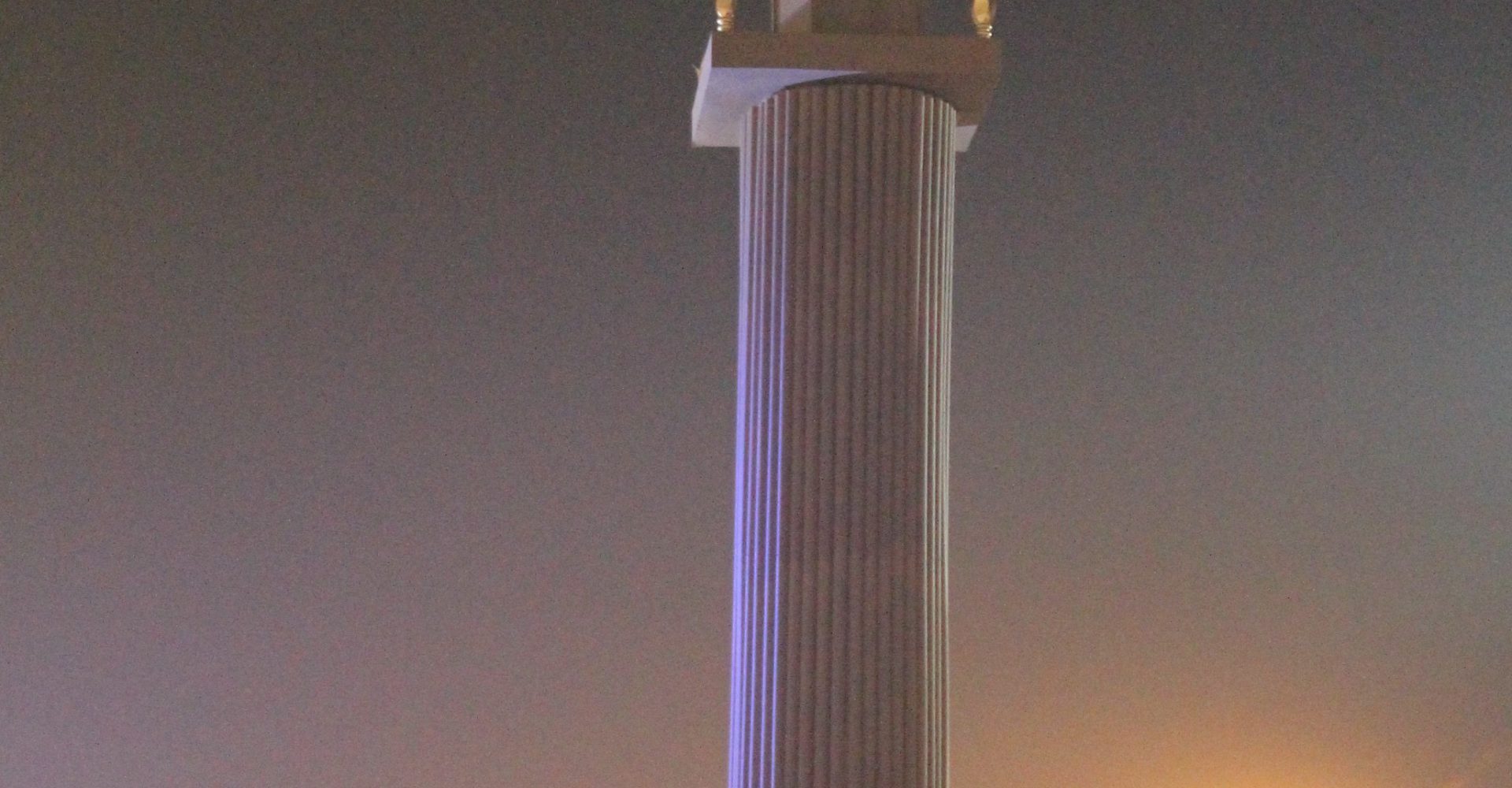 Lucknow Mahotsav  is the celebration of the various flavours of the city and its Awadhi culture. The Lucknow Festival also serves the purpose of being a commercial boom time for the city traders. It is a lavish affair that captivates and pulls massive crowds. You will feel the verve and witness the mesmirising beauty of the city as soon as you enter the venue. The number of visitors witnesses an upsurge every year. For those who are clueless about what to lookout for at Lucknow Mahotsav, the highlights of the 10 day-long celebration, the duration of which is extended by some days on public demands, are:

Lucknow Mahotsav is a vivid depiction of the glorious past of the  city along with the development it has undergone to keep pace with changing times. It successfully captures the culture, architecture, and the Awadhi tehzeeb. In fact, it is the only fair organised in Lucknow that aims to revive and endorse the rich culture and renowned mannerism of the city.

The magnanimous looking replicas of some of the most famous monuments of the city are one of the high points of the event. The well-known Clock-Tower of Hussainabad, Roomi Darwaaza and Imambara are just some of the monuments that are imitated and set up at the venue. Shayari, Ghazals, Qawwalis and Kathak dances in the styles of Lucknow Gharana are organised every year.

The ambience at the Mahotsav is laced with the illustrious past of Lucknow and also has the beat of its present scenario. It encapsulates what Lucknow is all about and you can feel the beauty of its culture and the rich legacy associated with the city of Nawabs.

Visitors may also relish some of the best cuisines of Awadh at Lucknow Mahotsav. Right from the famous Tundey Kebabs to the delightful Makhan Malai, you can savour some of the most mouth-watering foods at this event. The appealing taste of Awadhi cuisine will both surprise and delight you. In fact, the particular portion of the venue dedicated to food stalls attracts the maximum number of people. 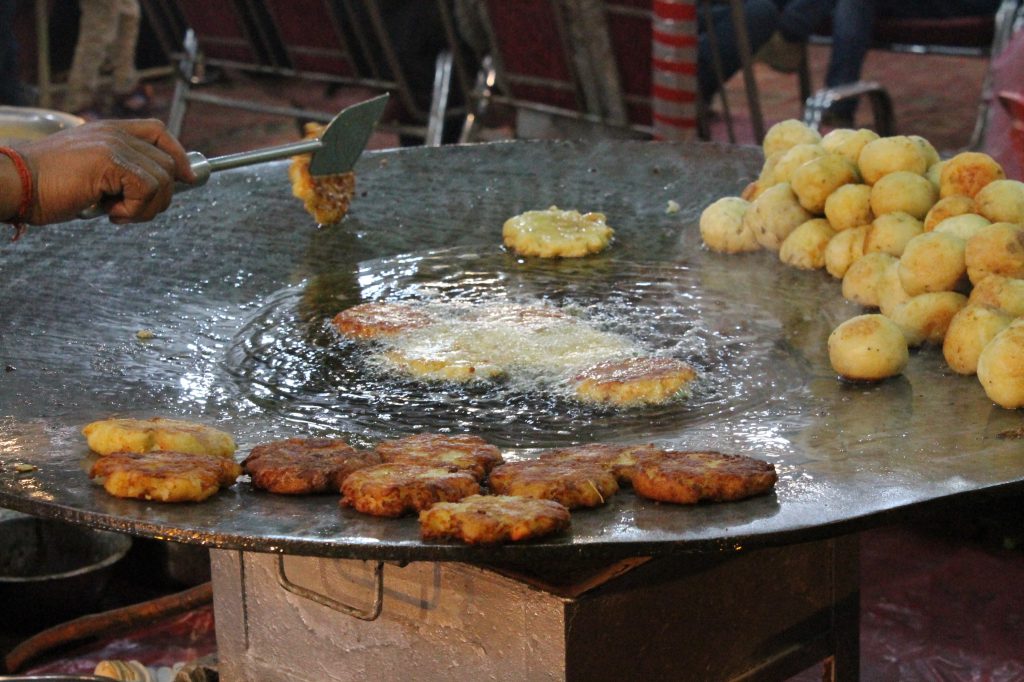 Lucknow Mahotsav gives you an opportunity to taste a variety of delicious cuisine all at one place. From  Wahid Biryani to Tundey Kebab, from Lucknowi chaat to Masala Dosa, from  Kesaria  Doodh to Special Paan, the festival offers you all this and much more.  There are a number of food stalls offering cuisine belonging to other states as well.  So indulge in the Awadhi cuisine and experience some of the finest tastes of the rest the country to delight your taste buds at Lucknow Mahotsav.

Shopping is fun at Lucknow Mahotsav

Lucknow Mahotsav is a real bliss for shoppers. Since it invites craftsmen and artisans from all over the country, you can get ethnic and indigenous craft of different states of India here. Right from the Chikankari of Lucknow to the Gujrati handicraft, you will get to see it all at Lucknow Mahotsav. The pashminas of Kashmir, and the colourful bandhej, mirror-work bed sheets, bags, chunky jewellery of Gujarat and Rajasthan are also available at the festival.

Besides handicraft, you may also buy beautiful hand-crafted furniture made of sheesham wood typical of Saharanpur at the festival. The lacqueware of Karnataka and the  Madhubani paintings of Bihar are few of the many things which can be purchased at Lucknow Mohatsav.

The entertainment quotient of Lucknow Mahotsav is always high and is only getting better with each year. The local folks as well as

Bollywood celebrities participate in the event. The mystic Qawwalis and enchanting Ghazals will leave you spellbound where as the adoring Shayari  will make you fall in love with Lucknow. The captivating Kathak performances in the styles of Lucknow Gharana and beautiful Sarangi and Sitar recitals are a pure delight and entertain the visitors immensely.

The modern spark to the event is added by the glamour of Bollywood artists. The likes of Sunidhi Chauhan, Kailash Kher, Sonu Nigam, Abhijeet, Shaan, Shreya Ghoshal, Indian Ocean, Wadali Brothers and many more have performed in the event in the past and made it more entertaining and memorable for the audience.

Lucknow Mahotsav is also known for holding interesting and entertaining competitions such as “ekka races”, “cock fighting”, “kite flying”, “vintage car rally, “yuva mahotsav”, “rifle shooting”, “chess” and more. The “Aatishbaazi” show (fireworks) on the final day of the 10-day festival is another highlight of Lucknow Mahotsav that attracts a huge crowd.

Lucknow Mahotsav is a magnificent affair which infuses life into the Lucknow city dwellers just when the city tends to go lazy with the onset of the winter season. So rejuvenate yourself with the revival of the spirit of Lucknow at the grand extravaganza -the “Lucknow Mahotsav”.You also might want to read, Lucknow ka Jashn-E_Virasat: Lucknow Mahotsav