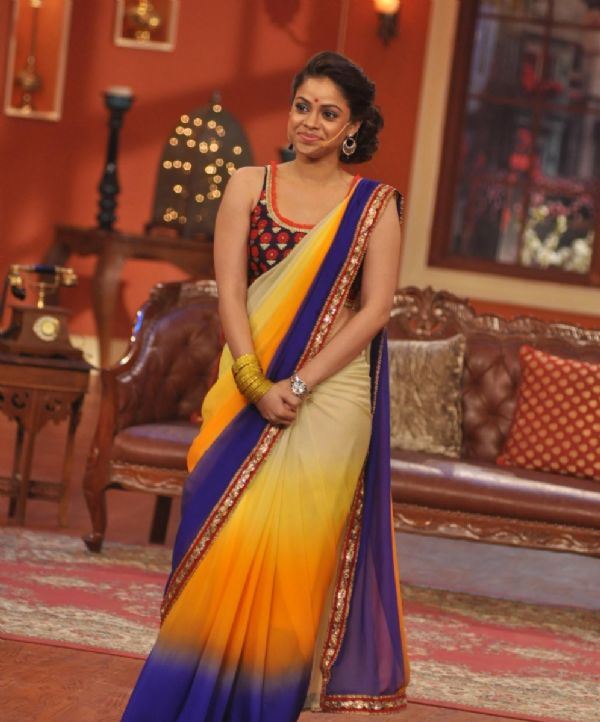 The reach and the impact of the small screen is assuming a bigger and better dimension with every passing day. The popularity of the television can be gauged from the increasing appearance of superstars such as Amitabh Bachchan, Shah Rukh Khan, Salman Khan, Madhuri Dixit, Karan Johar and many more stalwarts of the big screen, on the small screen. The frequent visibility of TV stars helps them in establishing a close connect with the audience. Lucknowites, who have a rich lineage of dance, dramatics and art are achieving big feat on the small screen with their talent.

Alike Bollywood, Tellywood is also the favourite destination of Lucknowites. The Lucknowites who made the city proud by achieving big success on small screen are as follows.

The iconic character of Payal in the famous Star plus serial “Kyunki Saas Bhi Kabhi Bahu Thi”, was played by the talented actress from Lucknow, Jaya Bhattacharya. She also did a few roles in movies such as “Fiza”, and “Devdas”. Some of her other renowned TV serials are “Koshish- Ek Asha”, “Banoo Main Teri Dulhan”, “Jhansi Ki Rani”, and “Devon ka Dev Mahadev”.

Surendra Pal Singh of Lucknow is well known face on Indian Television. He can be seen in “Desh ki Beti Nandini” on Sony TV and in “Devon Ka Dev Mahadev” on Life OK channel. In the past also he had played powerful roles such as Dronacharya in “Mahabharat”, Amatya Rakshas in “Chanakya”, Tamraj Kilvish in “Shaktiman” and the later as Daksha in “Devon ka Dev Mahadev”. He has also acted in several movies such as “Khuda Gawah”, “Saher” and “Jodha Akbar” among others.

Another talented actress from Lucknow is Nivedita Bhattacharya who is known for her television stints in successful serials “Saat Phere”, “Kundali” and “Sajda Tere Pyaar Mein”. Her power packed performance as Bhauji in serial “Gunaahon ka Devta” on NDTV Imagine also won her appreciation.

Another popular face on Indian Television and now on big screen also is actor Amit Sadh who hails from Lucknow. He did his schooling from La Martiniere School and then went to Delhi. He started his career from the hit TV serial “Kyun Hota Hai Pyaar” on Star Plus and then moved on to participate in reality shows as well such as “Bigg Boss” Fear Factor” and “Nach Baliye”. In 2013 he ventured into Bollywood with the hit “Kai Po Che”.

Another Lucknow lad who made the city proud is Kushal Tandon. He was the first runner up of the Grasim Mr. India contest, 2005. He has studied at the New York Film Academy and featured in many ads such as Skoda, Sony Ericsson, Airtel, Activa among others. His television debut was with the hit serial “Ek Hazaaron Mein Meri Behna Hai” on Star Plus. He also participated in “Nach Baliye” and “Bigg Boss7”.

Lucknow is the hometown of another TV star, Anurag Nigam, who has been a part of hit TV serials. He worked in “Yeh Rishta Kya Kehlata Hai”  “Pithvi Raj Chauhan” and “Kyunki Saas Bhi Kabhi Bahu Thi” among others. He plans to enter the field of production soon.

Another known face on TV, hailing from Lucknow, is Sumona Chakravarti, who is famous for her role of Natasha in popular telly serial “Bade Achche Lagte Hain”. She also won the “Kahani Comedy Circus Ki” on Sony TV with co-partner Kapil Sharma. She studied in Loreto Convent and then shifted to Mumbai. She started her acting career very early with Amir Khan starrer “Mann”, as a child artist. She is also seen in “Comedy Nights with Kapil” on Colors channel.

Born in Lucknow, Shalini Arora , is another celebrity on TV who has brought laurels for the city. Known for her role in “Pavitra Rishta” on Zee TV, she has acted in several hit serials such as “Kasturi”, “Kareena Kareena”, “Ladli Bebo” and “Tere Liye” among others.

Gungun Uprari who was last seen in “Honge Juda Na Hum” on Sony TV, is also from Lucknow and has been successful on TV. She started her acting career from the serial “Bandhan Saat Janmon Ka” on Colors channel. She plays Prajapati in the serial “Buddha” on Zee TV and as Naina on “Jo Biwi Se Kare Pyaar “ on SAB TV.

Dr. Anil Rastogi is another Lucknowite who acted in telly serials such as “Na Bole Tum Na Maine Kuch Kaha” on Colors channel. He also landed a good role in the hit movie “Ishaqzaade”, playing the role of the grandfather of Arjun Kapoor in the film.

Arti Singh who is known for her roles in hit serials such as “Parichay” on Colors channel is also from Lucknow and is doing very well in the television industry. She also acted in many other serials such as “Thoda Hai Thode Ki Zaroorat Hai” and in “Maayka”.

The presence of various cultural and art centres is helping the youth from Lucknow city in honing their creativity. Lucknow is a city that can boast of having a large pool of talented people who are making it big both in Bollywood and Tellywood and bringing laurels to the city.