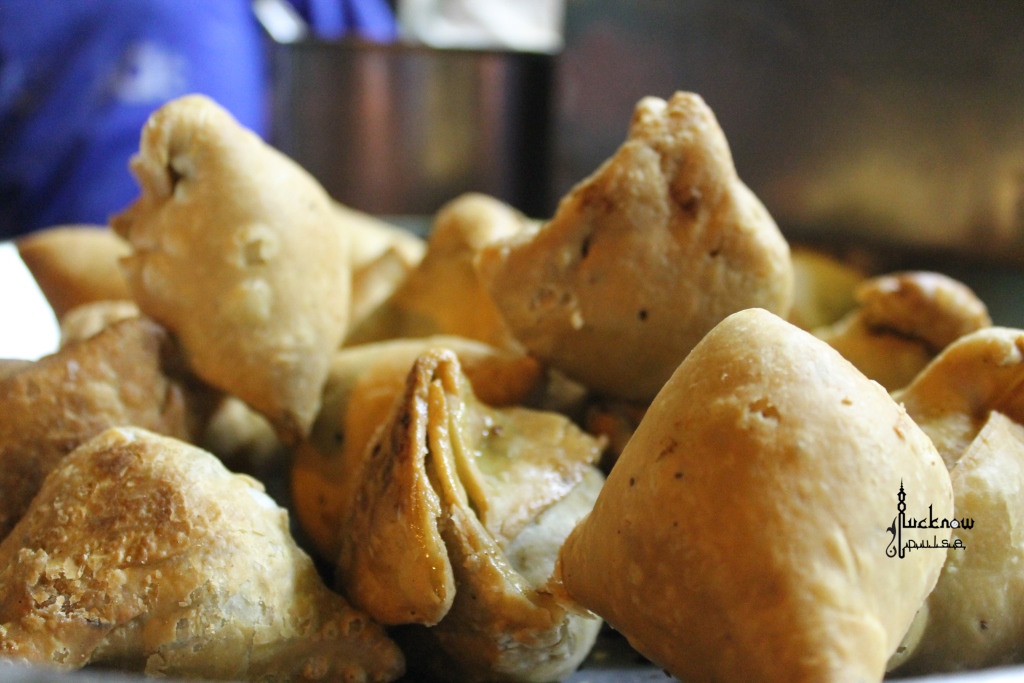 Food is one of the most imperative necessities for the survival of human race. It is said that a Lakhnawi cannot live without new varieties of food that not only appeal to the taste buds but also look and smell good. The legacy comes from the Nawabs, who were so fond of newer and better tasting varieties of food that they awarded their cooks handsomely for dishing out innovative food items.

There are only a few places on the world map of good food that offer delicious food to delight the biggest of food buffs. Lucknow is one such city that is known around the world for its mouth-watering cuisine that is easily available in all forms. Be it the five star restaurants such as Oudhiana and Falaqnuma, or the street food available all over the city, the taste and flavour of the city is never a disappointment. Giving a toss to the swanky hotels and air-conditioned restaurants, the street food in Lucknow is a thorough pleasure to savour, especially for being easy on the pockets as well. The flavour of the street food is delicious and the variety is immense.

The city, popular for its delectable Awadhi cuisine, is no less when it comes to street food that adds to the charm of the renowned “Awadh ki Shaam”. The sight of people thronging street food joints in Lucknow is very common, as these food joints, though being small, boast of loyal clientele. The street food ranges from breakfast to snacks for the evening or special food items that have upped the yummy food quotient of Lucknow city. Here are some of the most common street food items that Lucknowites seem to have a fetish for:

With the increasing liking for chaat and surging number of chaat corners, chaat has become the staple snack of the city. One can easily spot a kiosk selling tasty and hot “aaloo tikki”, “pani ke bataashe”, “matar”, “palki”, “khastey with matar stuffed inside”, “dahi barey” and other food items in all parts of the Nawabi city. This is one of the most sought after street food of Lucknow, and even a small chaat kiosk will have a crowd around, gorging on the scrumptious chaat. In fact, it is easily available in every part of the city and every area has its own renowned chaat corner such as “Jagdish Chaat” in Chowk, “Jain Chaat Corner” in Lalbagh, “King of Chaat” and the famous “GPO ke Dahi Barey”in Hazratganj to name a few.

The sweetness of the Lucknawi dialect is sweetened even more with the Malai Makkhan, also known as Nimish that has been a part of the street food of the city since ages. Malai Makkhan is prepared with milk cream and is as light as air. The colour and the weight of the food item are to be marvelled at. It melts in the mouth and leaves the taste buds delighted and asking for more. The Gol Darwaza area of Chowk has a number of vendors selling the sweet Malai Makkhan.

Another favourite street food of Lucknowites is the Kulfi to provide some respite from the hot temperatures in summer season. The city has number of renowned Kulfi corners that have been around since quite some time. The famous “Prakash Kulfi” in Aminabad tops the list with other sellers such as “Dayal Kulfi”. One can also find vendors selling kulfi kept in earthen pots, on bicycles and cycle rickshaws, though it is also available in big sweet outlets such as Radhey Lal, Parampara and Ram Asrey.

The list of street food of the city cannot be said to be complete without the mention of the non- veg dishes which are an integral part of the cuisine of Lucknow. The old part of the city is primarily known for renowned street food joints serving some of the most delicious and scrumptious non-veg dishes. The various biryani corners, kebeb corners, kiosks selling nahari kulche and roasted chicken are found every few metres with a huge crowd around them. In fact such is the demand of this street food that the sale commences early in the morning and continues till late nights. People from the entire city come to such street food joints for relishing the non-veg dishes.

One of the most common street foods is the Chai and Samaosa served hot and can be easily spotted in every nook and corner of the city. The tasty Samosa when served with hot tea is appetising for the taste buds, thus satisfying the between meal hunger pangs. It is again such a demanded street food that stalls selling this hot combo remain functional right from the morning till late nights.

Another street food that stays in demand is the Pink tea or Kashmiri Chai, which is mostly found in the old part of the city. Areas like Akbari Gate, Nakkhas, Hussainabad, and Aminabad have tea stalls selling Kashmiri Chai that is pink in colour and very flavourful to the senses.

The city of Nawabs carries a rich legacy of rich and tasty food, the love for which is still kept alive by the Lucknowites. Any visitor to the city will be taken in for a surprise with the delicious and scrumptious food the city offers even at small street food corners. Lucknow has always been a gourmet’s delight and will continue to be one so long as street food continues to bridge the gap between the rich and the poor, the black and the white, the Hindu and the Muslim, the native and the traveller.pr кампании примеры Read more about Lucknow’s mouthwatering street food.