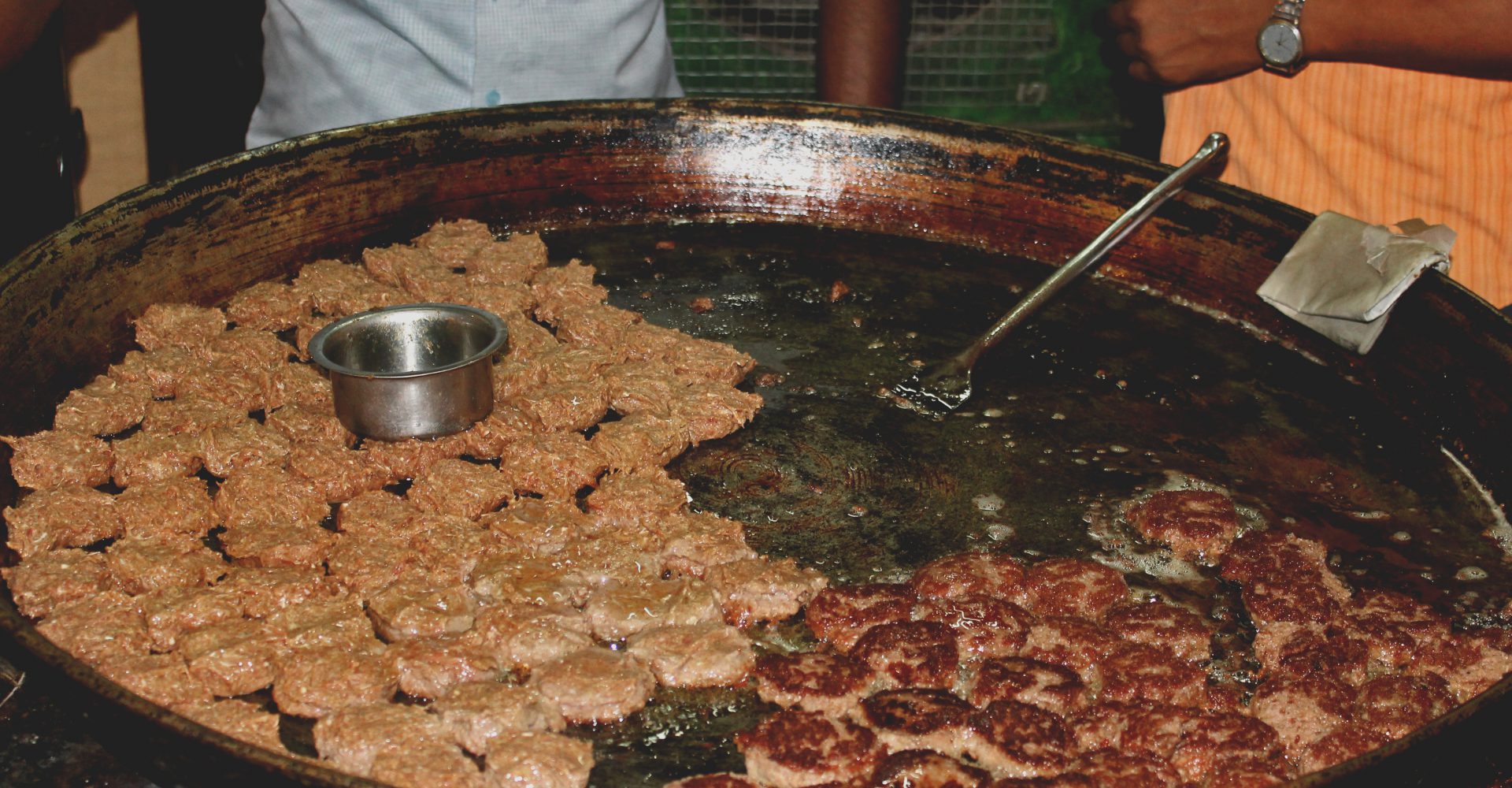 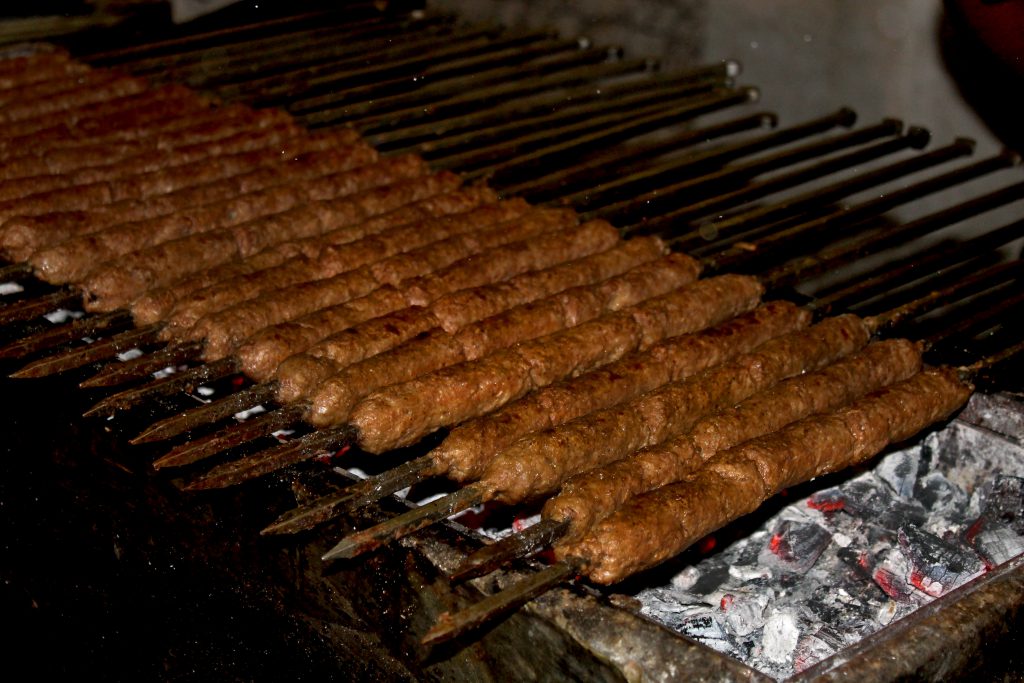 The Mughal rulers and the Nawabs were accustomed to having the most elaborate, delectable and royal feasts. This resulted in a never ending urge on the part of the chef, better known as rakabdaar or bawarchee, to try their best to cook the savoury dishes for the kings.

When it comes to food, Lucknow city is a gourmet’s paradise as its cuisine is famous all over the world for being mouth-watering, succulent, and deliciously scrumptious. One of the highlights of the typical Lakhnawi culinary range is the variety of Kebabs that are being dished out in the city since times immemorial.

The taste is so unique that it is remembered by the people as one of the most delicious food item that is native to Lucknow. Boasting of a royal patronage leading to the innovation, Lakhnawi kebabs make a proud presence on the Awadhi spread.

Read on to know more about the flavoury, savoury Lakhnawi Kebabs.

Shaami Kebabs are a pure delight to eat. With the softness, fine texture of the minced meat and the numerous aromatic spices, it was a long-lasting phenomenon of the royal meal of the Nawabs. The Shaami Kebabs are round patties that are replete with spices, raw mango or a “Kairi” and split Bengal gram (Chanay ki Daal). Since, the kairi acts as the main ingredient, the best time to serve the yummy kebabs is during  the early summer season as soon as one starts spotting unripe mangoes on the trees. But if the taste buds crave for it, you can substitute the raw mango with lime juice or karonda and try it in any season. The Shaami Kebabs will tantalize your taste buds with their softness and great taste.

Another variant of the famous Kebabs of Lucknow is the Kakori Kebab also known as Seekh Kebab. Kakori ke seekh kebabs are very famous and are an essential part of the Awadhi cuisine – being a favourite in the lavish Lakhnawi wedding feasts. The Seekh Kebabs are world renowned and are actually a barbequed variant of the Kebabs.

The name Seekh Kebab was given because the kebabs were grilled on Barbeque skewers (sticks) that were called “Seekh” in Urdu.

Legend has it that during the British rule in Lucknow, “Mango Dinner” used to be a prevalent practice that had the Britons as the guests and the Nawabs as the hosts of the special feasts. At one such dining in Kakori, a British officer remarked about the texture of the seekh kebabs, which according to him, was not soft. The host, Late Nawab Syed Mohammad Haider Kazmi, is said to have called all his royal cooks or rakabdars and asked them to prepare such seekh kebabs that would be the superior both in taste and texture. After 10 days of research and exploration, the resultant was the delicious seekh kebabs that rule the roost even today. The Nawab is said to have invited the same British officer again for a royal feast that featured the improvised Seekh Kebabs. The guests were delighted with the new taste and  the Kebabs became a traditional recipe since then.

Galawat ke Kebab are one of the tastiest Kebabs of Lucknow. These kebabs also carry a tale that says that this version of kebabs was specially dished out by the royal rakabdars for a toothless Nawab. The Nawab had no teeth so the royal chef made Galawat ke Kebabs, which were so “melt-in-your-mouth” soft that the toothless Nawab relished the Galawti Kebabs without any pain. The finely minced meat is marinated with raw papaya for Galawti kebabs and then added with a whole lot of spices. These kebabs are very soft and have unbeaten taste. 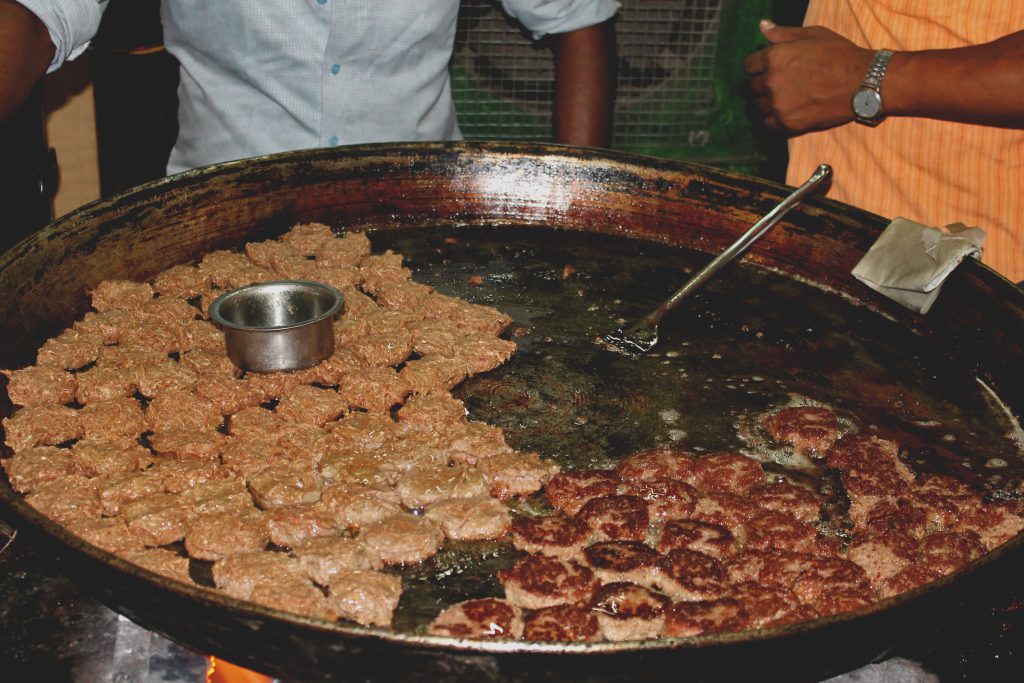 Ghutwa Kebabs, characteristic of its name, are not made into individual pieces of kebabs. It is similar to the Galawti kebabs with the only difference of being cooked as a whole portion of the finely minced meat that has been marinated just like the Galawti Kebabs, before being fried as a whole instead of being made into small round patties before being sautéed. These kebabs also very soft in texture and have an amazing taste.

Another variety of the Kebabs of Lucknow is the Boti Kebab, which has the presence of very small pieces of the lamb meat in it. The boti ke kebabs are made of the meat of lamb which is marinated usually in yogurt along with other spices. After the tenderization process, it is skewered and then cooked well. Usually savoured with Roomali rotis, this variety of kebabs also taste great.

The flavour of the Lucknow Kebabs will surprise you with its high appetizing quotient and it tastes good with almost anything. But eating Kebabs with the accompaniments such as Sheer-maal, Rumaali Roti, or a Kulcha will definitely enhance the taste and experience. The kebabs also taste great if eaten with the home-made Parathas or stuffed in a bun.

Lucknow has a rich history in food as well. In fact it’s the cuisine of the city that has brought world-wide recognition for it. Kebabs have added to the popularity of the place and are a part of its culinary rich identity. Missing out on the Kebabs of Lucknow on your visit will mean depriving yourself of the great taste of the royal Kebabs that Lucknow has always been famous for. So make sure you savour the various kebabs of Lucknow and delight your taste buds thoroughly during your stay in the city.