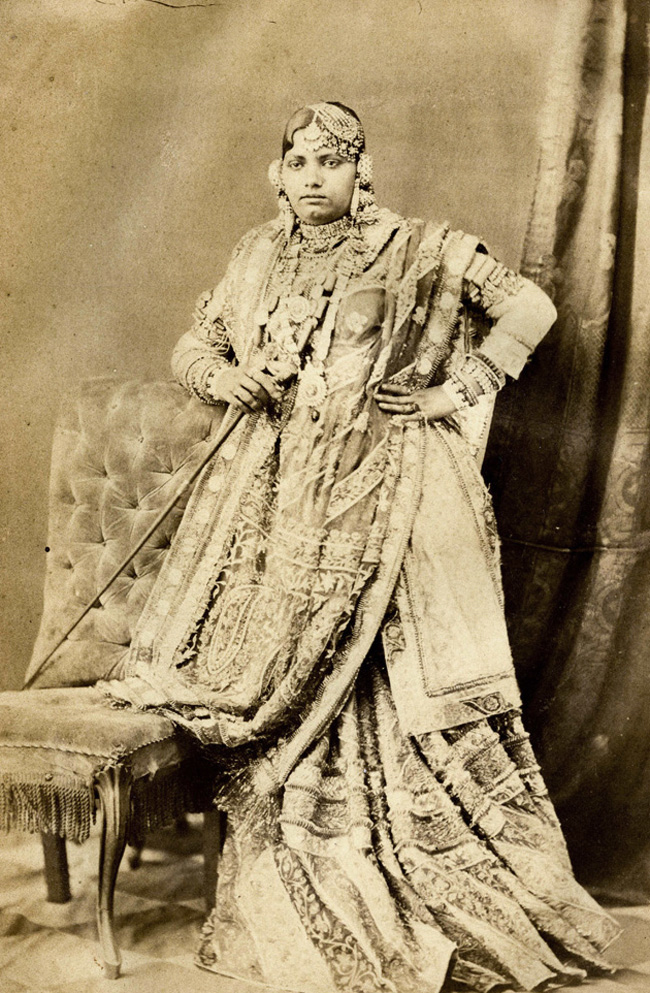 Ones’ attire speaks volumes about his personality, fashion sense and attitude. Clothing is one of the most imperative necessities of human race that is subject to continuous revamp, development and new seasonal trends.

Different parts of the world have diverse clothing styles but some types of apparels have a rich lineage behind them to make them prevalent and preferred even after centuries. Such style statements do not ever go out of fashion and keep fascinating the latest fashion enthusiasts always. One such kind of attire is the Gharara, which finds its origin in the city of Nawabs, Lucknow.

Gharara was the clothing style of the women during the Nawabi era which still continues to romance the females of the elite and upper class. The item of clothing can now be seen adorning the bride and females in marriages, especially in the Muslim community.

Gharara is the apparel that encompasses grace and exquisiteness to make the wearer look elegant and stylish. It is a piece of clothing that has been in style since ages and still continues to rule the roost especially when it comes to bridal and wedding wear. The dress has been subject to different fashion alterations but has managed to maintain its original and traditional sheen, shine and glory.

The Gharara is not just attire rather it represents a complete culture, tradition, and lineage of the Nawabi era of the Lucknow city, being worn even today. In Lucknow, it is very common to spot women dressed in Ghararas for marriage parties or at least the brides all decked up in ornate Ghararas. Gharara is clothing full of richness and gracefulness that reflects on the person wearing it. Let us decode the history and the nitty-gritty of the classy attire that a gharara is.

Gharara finds its origin in the city of Nawabs, Lucknow. It came into existence during the late 19th and 20th centuries and was indicative of the status of the wearer during those days. It was the typical attire of the Muslim women of the region or more comprehensively, the northern belt, especially the ones belonging to the Nawab’s and Taluqedar’s families. The attire has evolved over the years and continues to fascinate people even today. When ladies think of a beautiful, traditional, and elegant dress for the weddings, especially those in the family, the Gharara proves to be the apt choice. The Gharara is a popular attire in Pakistan and Bangladesh as well.

What it’s all about?

A Gharara consists of three pieces of clothing consisting of a kurti (mid-thigh length tunic), a dupatta (veil), and the Gharara, which is typically a pair of pants that are long and flared at the bottom. For that characteristic and dramatic flair, the Gharara is ruched at the knee. The knee portion of Gharara known as “Goat” is adorned with laces popularly known as gota (typically golden in colour) or embroidered with aari and zardozi (antique forms of embroidery) work in different designs.

The dupatta is mostly heavily embellished with the zardozi and zari work in floral designs.  The dupatta is further adorned with laces generally known as “Kiran”. One can also have laces for the Kurti or can keep it plain. Gharara can be made from any cloth be it cotton, georgette, silk and the most preferred and popular is the Zarbaft cloth, which is typically used for the purpose.

Another style of Gharara is the “Tukdi ka Gharara” that is made of combination of different coloured pieces of cloth, all combined and stitched into a Gharara, typically by hand. It is a unique and exquisite form of Gharara involving a lot of effort, time and creativity and made mostly in the old part of the Lucknow city.

Alike other traditional attires, the Gharara has also witnessed innovations and modifications to suit the changing tastes and preferences of the people in the modern times. Now it is available in less heavy textiles also to suit the smaller occasions. The work on the goat and dupatta also includes different designs and materials such as sequins, beads, crystals, laces made of tissue material and so on.

Gharara is not a “Sharara”

Gharara is sometimes confused with a Sharara, whereas both are different ethnic styles of clothing. The main difference between a Gharara and a Sharara is the tight fitting of the Sharara till the knee whereas Gharara is not tight fit in any part of it. So if you are looking for a Gharara, make sure you do not confuse it with a Sharara. These apparels have little in common apart from their rhyming names.

Where to buy ghararas in Lucknow?

There are several shops in old Lucknow that sell the legacy called gharara. In fact, the outfit can be customized in parts and assembled to form innumerable forms, styles, and designs of the attire. A true Lakhnawi will vouch that the shops in the old city are the best places to pick up the gaudy attire with Madanlal and Novelty in Aminabad ruling the popularity charts when it comes to the latest trends.

Gharara is not only a vintage style of dressing, it is representative of an era. The beauty, exquisiteness and the grace will definitely entice you to wear it on special occasions to look all the more special. Go for it!каркасные мансардные дома