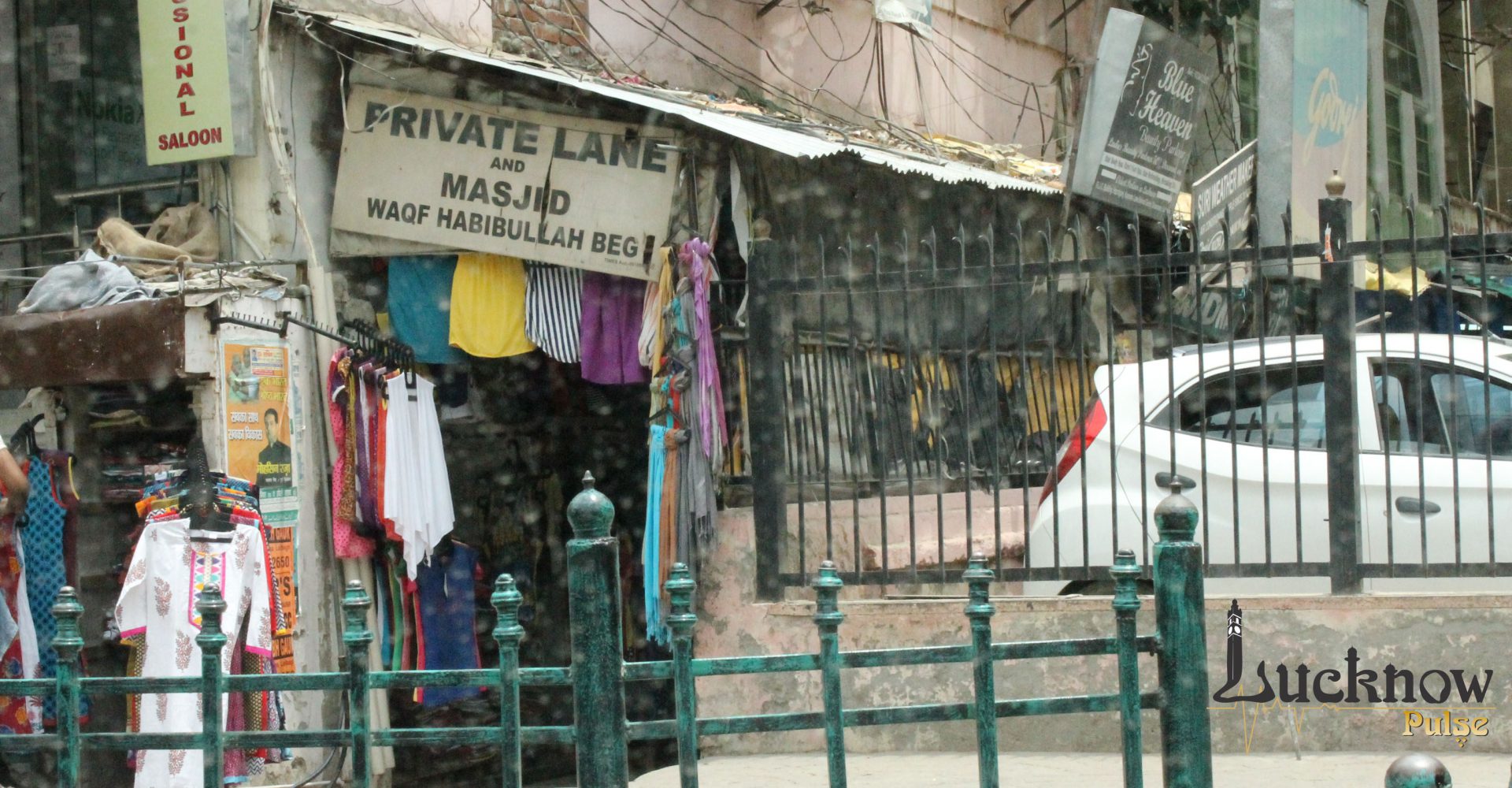 Any historical city in the world stands out because of its heritage, culture, cuisine, languages, dialects, people and the typical style of living. Lucknow city, a unique concoction of all such factors is also a representative of the British influence that makes Lucknow a well-known city on the map of Indian tourism.

Lucknow’s Hazratganj, the upscale market place of the city, gives a unique shopping experience as Lucknow-wallahs term it “Ganj-ing” especially when they are just there for window shopping or spending a typical “Awadhi Shaam” strolling through the pavements, lanes and bylanes of Hazratganj. The place even today has the vintage charm of the British period that allures people from all generations.

Love Lane in Hazratganj has been a part of the place since decades. This narrow lane so much popular among the city’s youth that it can now be given the accolade of being the heart of Hazratganj. Love Lane in fact has been a crowd puller, especially the youth, since the time of the Britishers.

Love Lane, as the name suggests, is loved by Lucknow’s youngsters who flock to the place to shop for latest fashion wear, casual dresses, shoes and accessories. The past of Love Lane, however, is different and carries a story behind being called as Love Lane.

The story behind the name

The story dates back to the times of British rule in the city. It is believed that during those days, Lucknow city did not have many places for couples to spend some time away from the glaring eyes of the trespassers playing spoilsport. The lane in Hazratganj provided them with the place for meeting their lovers and that is how the place got its exclusive name. In fact, it is said that it was the only place where the British couples could walk hand-in-hand as there were many restrictions imposed in Hazratganj. The tradition continued after the British rule as well. Love Lane though, is a changed place now with the lane being converted into a shopping spot for Lucknowites.

Love lane is now a different place altogether with the numerous shops lined up. These shops sell trendy clothes, fashionable accessories and stylish shoes at dirt cheap prices. The small market that has come up in the lane is vastly frequented by the fashion savvy in Lucknow. The highlight of the place is fashion stuff made available at reasonable prices. Moreover, being located in the center of the city, it gets customers from all parts of the city. In fact “Ganjing” remains incomplete if the visitors don’t venture into the Love Lane. Though Hazratganj has many big showrooms along with some swanky malls in close vicinity, Love Lane has still not lost its sheen and continues to be an integral part of Hazratganj and the Lucknow city.

Lucknow city has always attracted attention for the atypical appeal it carries in everything. Love Lane is one such feature of the city that has kept its soul alive even after decades. It’s not just a lane in Hazratganj. It has the love of the Lucknowites that has kept the small lane still alive and breathing in spite of the existence of showrooms, malls, and big shopping complexes. So, do visit Love Lane on your trip to Lucknow, if not for shopping, then for the Love of the city.