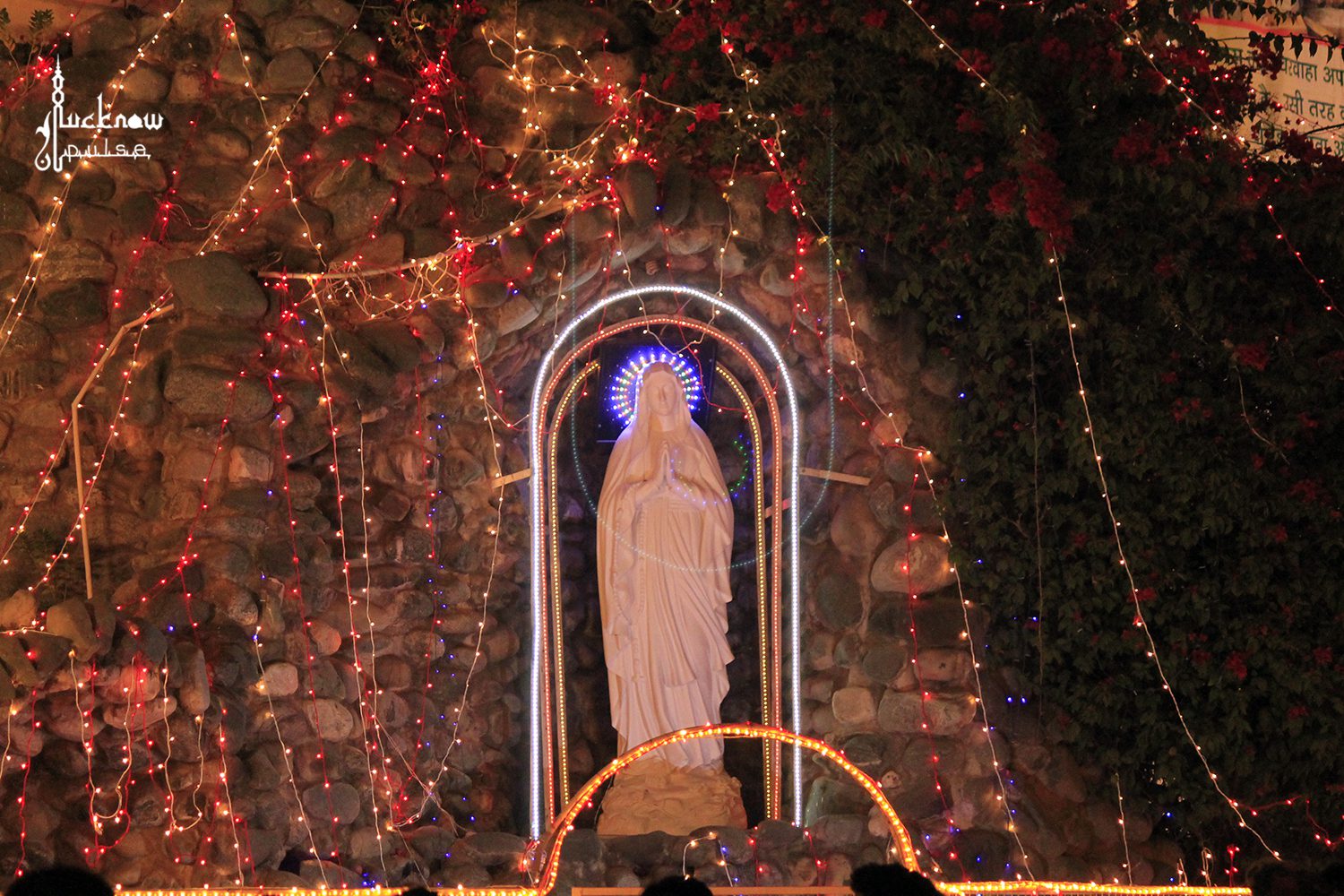 Christmas is finally here and the festivities have begun in true Lucknawi fashion! It is celebrated on 25th December worldwide as the birthday of Jesus, and is one of the most important festivals in Christianity. The Nawabi city is known to immerse itself completely in any festival it celebrates and this year, the Christmas season in Lucknow has the entire city decorated in red and white colours, depicting liveliness, festivities and a joyous ambience.

Christmas is also about the delicious cakes and pastries, and if you happen to be a fan of such treats then this is your holiday to enjoy some of the best offerings as bakeries all over the city offer great deals on Christmas goodies. The festival brings a lot of excitement and fun for the kids as well since they love to see the dressed-up Santa in the markets. The characteristic red caps and masks, which are available in shops during Christmas, are loved by children who find it amusing and exhilarating to dress up as little Santa.

People exchange gifts during the festival and sometimes even dress up as Santa Claus to add to the cheerfulness. Santa is a legendary figure that, according to Western traditions, brought presents for the well-behaved children on Christmas Eve, which is the evening before Christmas. He is popularly portrayed as a chubby, gleeful, portly man with a big white-coloured beard, most often wearing spectacles. Dressed in a bright red coat and trousers with fluffy white cuffs and collar, a black leather belt and matching boots; he carries a bag full of presents for children. It is a fun way for parents and relatives to bring gifts for their kids in a festive spirit. Kids keep their wishes written on a paper as it is believed that Santa reads all of them and brings gifts for the children.

Secret Santa has become one of the most popular games associated with Christmas. Playing Secret Santa (also called Kris Kringle in Europe) is an easy and delightful way in which friends, family members or colleagues can participate in gift giving.

Secret Santa is a simple yet intriguing concept. The names of all the participants are written on a small paper and placed in a hat or a bowl. The chits are then shuffled and each participant randomly picks one name from the pool but doesn’t reveal it. The participant will now have to buy a suitable gift for the person whose name was drawn from the pool.

Christmas also marks the beginning of the fun that leads to the New Year. The celebrations that commence with the festival conclude with a new hope and a new year to look forward to. The Christmas season in Lucknow also witnesses celebrations that engulf the atmosphere and make the scenario cheerful. All the magnificent churches and cathedrals illuminated with lights and a festive spirit brings out the best of the city, in addition to the cool December weather.

We at LucknowPulse wish you a Merry Christmas!