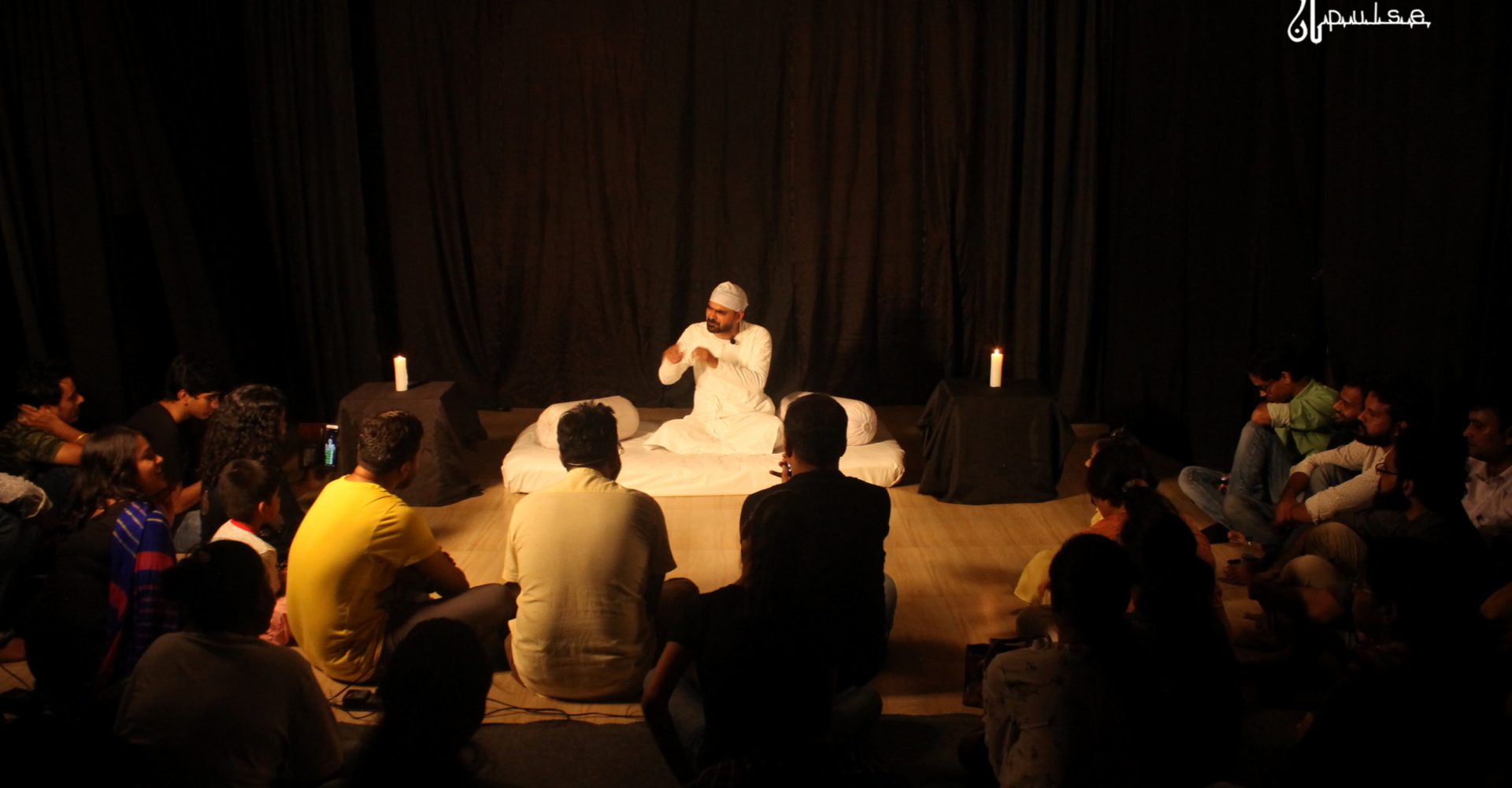 Oblivious to the scorching heat and troubles of mundane life, there they sat, a group of like minded people, eating the choicest mangoes in the aura of poetry and traditional storytelling i.e. Dastangoi.

Nothing less than soul pleasing was the event ‘Aam ki Daawat aur Dastangoi’ organised by a  group of literature and culture enthusiasts at their café-cum-performing space Bewajah Café in Lucknow. A small team of 8 members, coming from different backgrounds of art, poetry, film-making, social service, writing and others, Bewajaha has been dedicated to organising events and activities to promote the rich culture, literature and art in and of the City of Nawabs.

‘Aam ki Daawat aur Dastangoi’ was one such event hosted by the organisation, aimed at reviving the 16th century oral art of Urdu storytelling-Dastangoi. The evening saw yet another awe inspiring performance by Himanshu Bajpai, Lucknow’s very own modern-day dastango (storyteller). Being born and brought up in Lucknow, amidst gardens of the sweetest and most delicious mangoes of the world, Himanshu’s eternal love for the fruit and his passion for storytelling inspired him to write a dastangoi on mangoes. Putting it across as ‘his personal love letter to mangoes’ his 45 minute long dastangoi was an interesting blend of fictional stories, real incidents, lok kathas, shayaris, letters and political satire, all ringing in pride of the mango of the city. His mango anecdotes about Josh Malihabadi, Nirala, Ghalib Akbar Allahabadi, Jawaharlal Nehru and others earned him many Wah-Wahs from the audience, as did his dastangoi for the children. He sat there in his white chikan attire in the black box theatre, charming the audience with such gestures and modulation of pitch and tone that each tale seemed to paint a picture for itself in the audiences’ mind.

People from different walks of life and age group had gathered to celebrate their common love for literature, culture and mangoes. Relishing the classic Lucknowi and Mallihabadi dussheri, langda, safeda and kishmish the audience indulged in the classic dastangoi. Urdu critic Anis Ashfaq, theatre artist Sandhya Rastogi and many other renowned names attended the event.

Dastangoi seeped in the cultural soil of Lucknow in 18th century reaching its zenith during the mutiny of 1857 when writers, poets and storytellers moved to Lucknow from Delhi taking to chowks, afeem khanas and private households to perform dastangoi. Early on, the odes were based on magic, warfare, beauty deception tales of adventure, stories of Arabian Nights and Panchatantra. The art form of long narratives which became an integral part of the city in no time at all, somewhere lost its identity to present day era of visual technological world. An effort to revive the dying art and revisit the charm of dastangoi was made in 2005 by Mahmood Farooqui and his team. Himanshu Bajpai is one such dastango spreading awareness and introducing people to the old tradition in his own new ways.

But who, back in the 18th century would have guessed to hear a dastangoi on mangoes one day?

Also Read: Daastangoi and Quissagoi The Lost Art of Storytelling