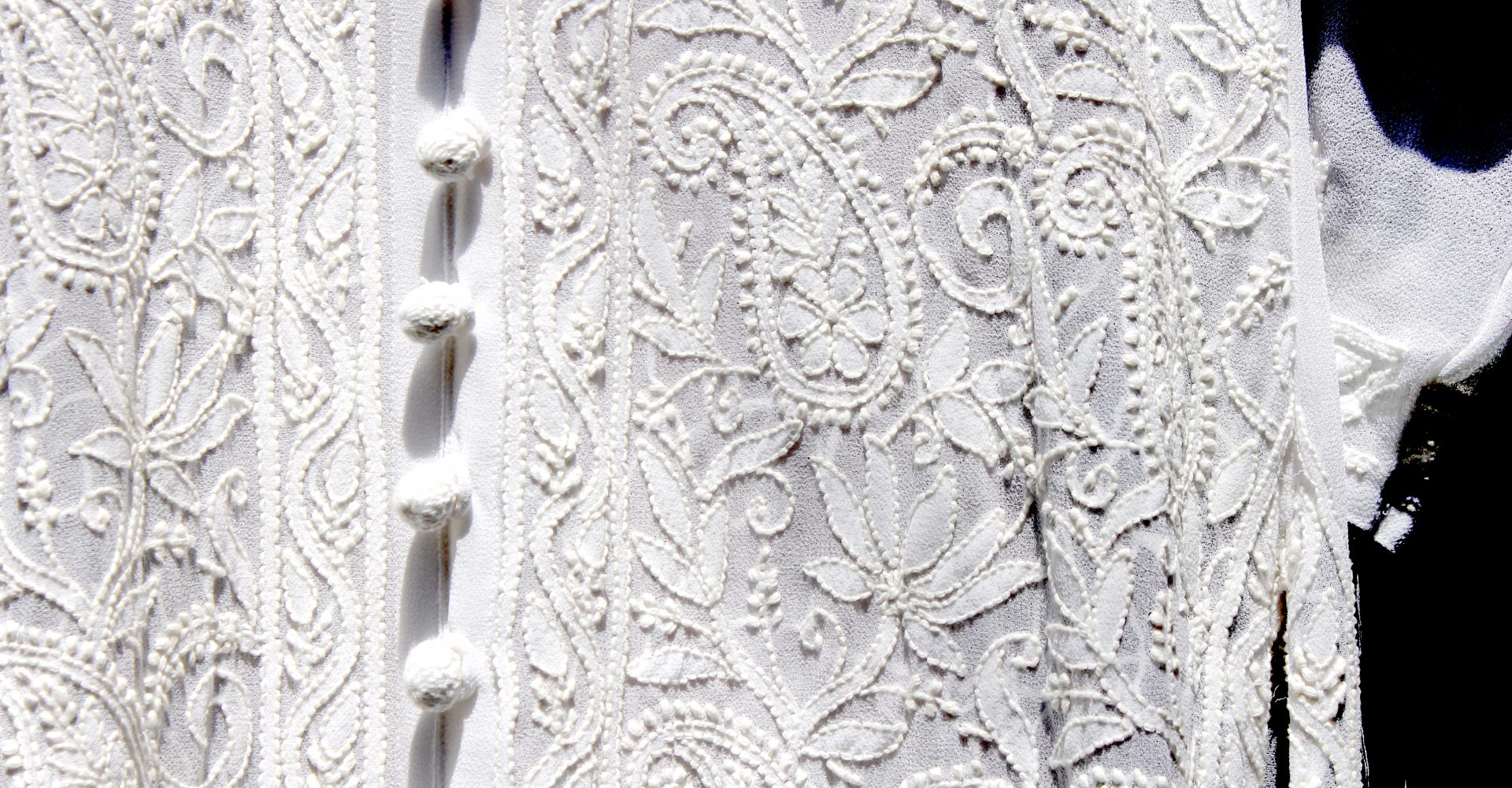 All of us inadvertently tend to form opinions about a stranger based predominantly on his dressing style and sense. The way you dress up surely speaks volumes about your 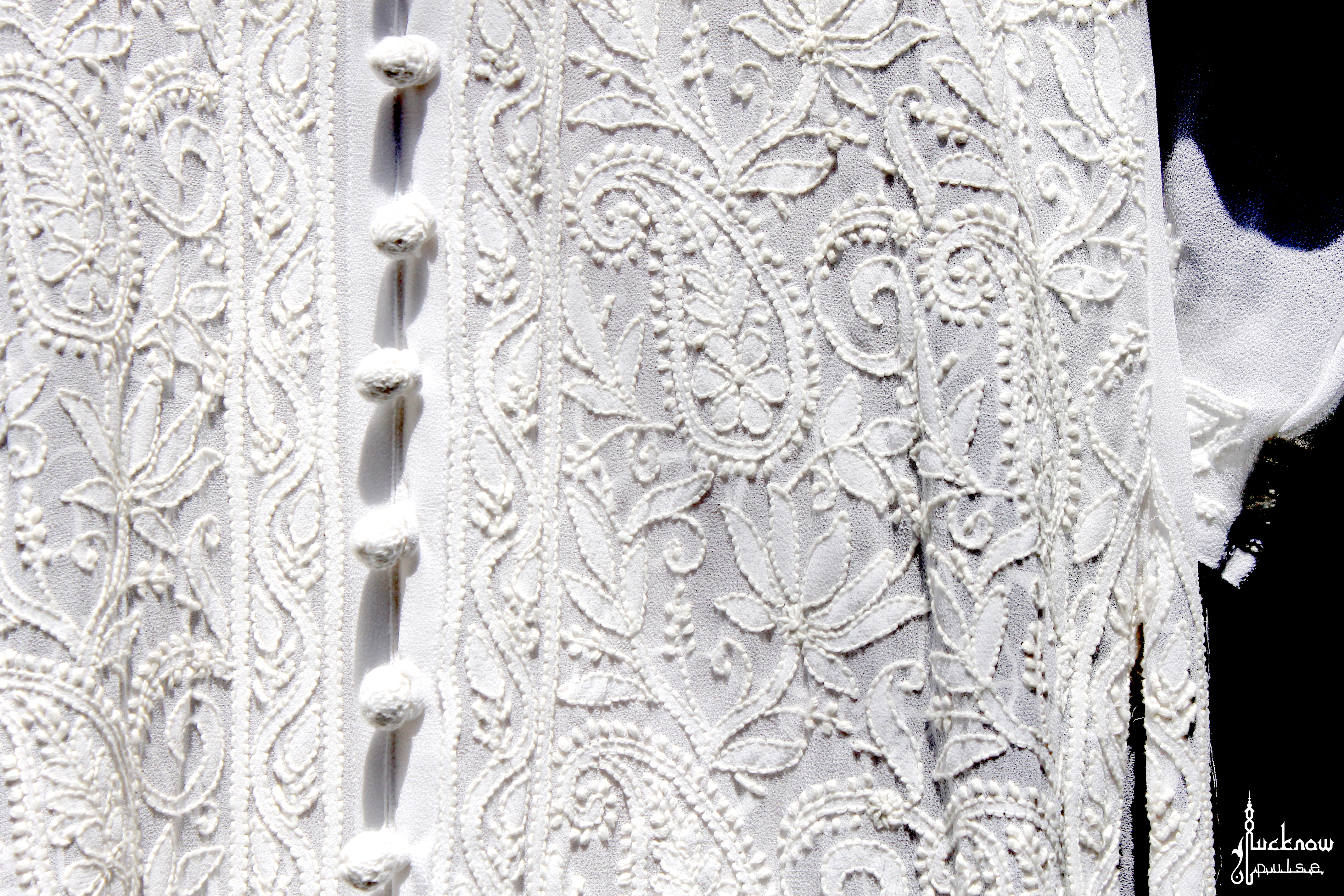 personality. Branded clothes do have their own appeal, but the presence of some form of indigenous craft in clothing has its own charm.

The art of Lakhnawi Chikankari is one such native forms of embroidery on clothes that has garnered attention from all over the world. Its popularity has earned for the city of Lucknow, a place on the world map of fashion. Several national and international designers have used the chikankari of Lucknow to embellish their designs. Models have sashayed down international ramps wearing the exquisite chikan work on their apparels so much so that Lucknow and the art of Lakhnawi chikankari have now become synonymous.

A true Lakhnawi has an eye for the finer nuances of the embroidery and can never miss to compliment a good piece of exquisite chikan work. He tends to know what goes into the making of a chikan garment and appreciates the finesse that good chikan carries.

The word chikan literally means embroidery. It is derived from the Persian word “Chikeen” or “Chakeen” meaning a kind of cloth fashioned with needlecraft or just the drapery. There are various theories regarding the origin of the form of art, but the exact origin of Chikan embroidery is not known.The earliest reference of Chikankari dates back to the 3rd century B.C. from the records of a Greek traveller, Megasthenes, who mentioned the use of flowered muslins by Indians.

Chikankari is believed to have originated in the court of the Mughal Emperor Jahangir, during the 17th century. His beautiful wife, Nur Jahan is said to have introduced the art as a court craft. It is believed that the queen was a skilled embroiderer and her beautiful creations delighted the king. Soon after, this craft was recognised widely and was granted royal patronage. The craft spread to Varanasi, Bhopal, Dhaka, and Delhi as well. Workshops were set up during the reign of the Mughal Emperor for practicing and mastering the art of Chikankari. In the beginning, it was done on muslin cloth using white raw thread i.e. white embroidery on white base. Muslin was the most preferred type of cloth for the craft considering the hot climate of the region.

Chikankari got further boost during the reign of the Nawabs in Awadh. One of Awadhi Nawabs, Nawab Shirajuddaula was highly impressed by this craft. He took initiatives and worked to give impetus to encourage Chikankari in Lucknow and elsewhere in Awadh. Thus Chikankari, the craft which was liked and endorsed by the Nawabs, became an intrinsic part of the social fabric of the state of Awadh. The art has now become a commercial activity and the source of income for a large number of craftsmen and traders.

What fabric does it use as a base?

Chikan work started as white embroidery on white muslin cloth. The uniqueness of the craft lies in being light and delicate both on the cloth and for the body, thereby making it suitable for summers. It comes as a conclusive answer to the predominantly hot climate prevalent in Northern India during most part of the year while it also takes care of the style quotient of the wearer.

Over time, the art has undergone tremendous development with the embroidery being made on textiles such as cotton, silk, organza, georgette, chiffons, net, crepe and other light materials. Moreover, besides the insipid white thread, silk threads of different colours are now being used to make the chikan work appear more appealing.

How is it made?

Chikankari is the art of making fine and delicate embroidery using needle. The process begins with printing of the design on cloth. It is done with the help of a wooden pattern block to block-print the design on the cloth. For printing fine designs, brass pattern blocks are also used. The design imprinted on the cloth is blue in colour because of the use of indigo (neel) for the procedure. The cloth now has the design to be embroidered in blue colour.

The embroiderer can now start stitching over the printed design. For the embroidery, the embroiderer inserts the needle in the cloth using one hand holding the cloth with the other. These days, however, the fabric is fitted in a circular frame made of wood or plastic and then embroidered frame by frame. But, no such frames were used in chikankari traditionally. While the stitches are made by needle using one hand, the other hand is used to support the circular frame from underneath to give shape to the designs.

After making the embroidery, the cloth is washed to remove the traces of the design that was printed using indigo. If Chikankari  is to be done on a suit piece, a top, kurta etc. instead of a piece of cloth, then the  process will also include cutting and semi-stitching of the cloth by the seamster to give an idea to the block printer as to where the design is to be printed.

Moreover, there are specialised craftsmen for different forms of embroidery. For instance, the embroiderer of chain stitch and open work will not do the filling work. Chikankari involves a lot of concentration and focus as even a single uneven stitch can spoil the beauty of the pattern.

What patterns are made?

The designs depend on the variety of stitches to be made, the type and quality of thread, and of course the skill of the embroiderer. The Mughal influence is visible in the designs as well. The motifs are inspired from the designs found in Mughal era. For instance the motifs and screens (jaalis) of the Taj Mahal can be easily figured out in the designs of chikankari. Floral designs, which could be seen in Mughal architecture, clothes and paintings find a place in chikankari of Lucknow.

The themes concentrate around flora such as lilly, paisley, rose, jasmine, bell creepers, and leaves as well. Mango motifs, bootees and fish designs are also the characteristic feature of chikankari taken from the Mughal period. Of late, various other unconventional designs have also been introduced like geometric designs, blend of floral and geometric designs, blend of the traditional chikankari and other craft such as appliqué, kaamdaani, and daraj work.

Chikan has been one of the most beautiful, delicate and exquisite crafts on textile in India. It has secured a high status in the national and international fashion industry. Learn more about Chikankari of Lucknow in our next article on Chikankari. It will help you to make a prudent buying decision when you want to purchase Chikan suits or dress material on your next visit to the city of Nawabs .