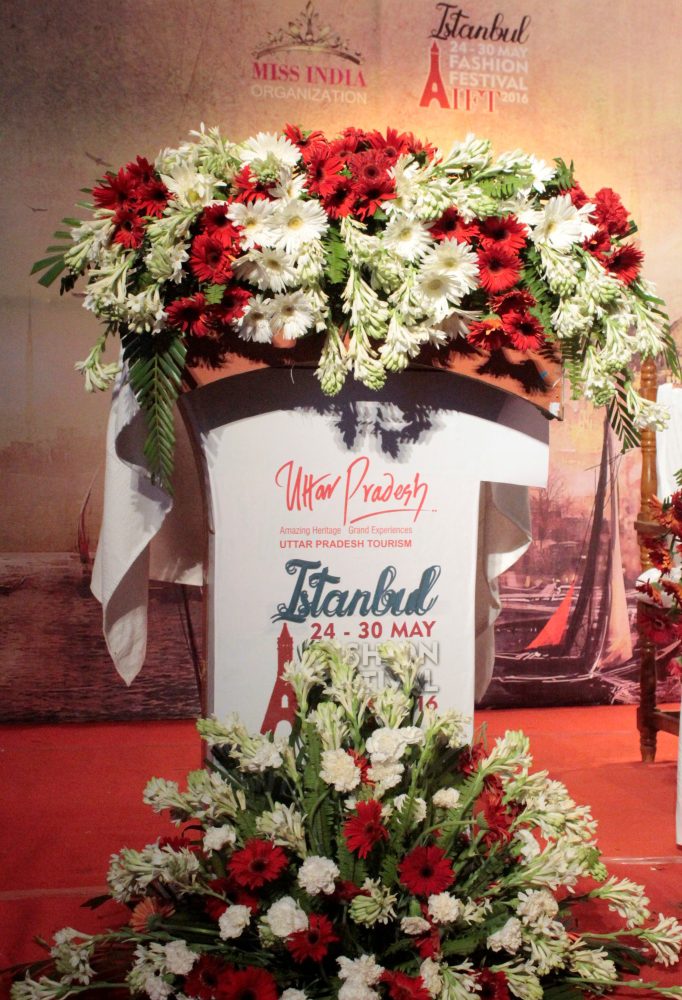 Asma Hussain, founder of AIFT, in her introductory speech said Uttar Pradesh has a lot to offer in terms of heritage, culture, handicraft and cuisine. Quoting some facts, she mentioned about India’s share in textile export in 1947, which was 52% and that has now reduced to abysmal 2.8%. She emphasized the need to give a boost to textile and handloom industries in Uttar Pradesh to improve economic growth. The leading fashion designer of Lucknow also suggested ways to restore our long lost glory in handicraft and cottage industries.

Addressing the gathering, the Governor congratulated Asma Hussain for empowering women through her institute. Echoing PM Modi’s Skill India Mission, the governor said that AIFT has imparted skill and vocational training to underprivileged girls and increased their employability. In 2015-16, AIFT has trained 300+ underprivileged girls free of cost under “Seekho aur Kamao Programme” in various crafts such as  chikan and zardozi. In the end, the Governor, amidst loud applause from the crowd, hailed Lucknow as the art and craft capital of India. He also unveiled the AIFT’s souvenirs and awarded prizes to the artisans in various categories.

Miss Diva 2016 was the most awaited event of the day. Judges for the contest were Ms Koyal Rana, Miss India World 2014 and Mr. Bennett Nathan, Project Head Campus Princess TOI. The winners Tanya Bhatnagar and Priyanka Bhardwaj will join the top 20 contestants in Miss Universe contest to be held in Mumbai.

The Grand finale of AIFT Fashion Festival 2016 was a glitzy affair with actor Soha Ali Khan Pataudi walking down the ramp as show stopper. She donned a beautiful pink ensemble designed by Asma Hussain. The theme of the fashion show was Istanbul, so the stage was decked up like a Turkish palace in turquoise, royal blue and gold colors.

In the final sequence of Fashion show, models showcased the exquisite collection of ghararas, sarees, lehngaas and anaarkalis designed by Asma Hussain. The designs were inspired by Istanbul theme but were created using the traditional Lakhnawi craft- chikankari, mukaish, zardozi and tukri. Celebrating its 21 years of foundation at Indira Gandhi Pratishthan on May 30, AIFT gave its students a great platform to kick start their career.

More Pictures from the AIFT Fashion Festival 2016 can be found at on our facebook page: lucknowpulse

Also Read: Where to buy Chikan suits and Kurtas in Lucknow?