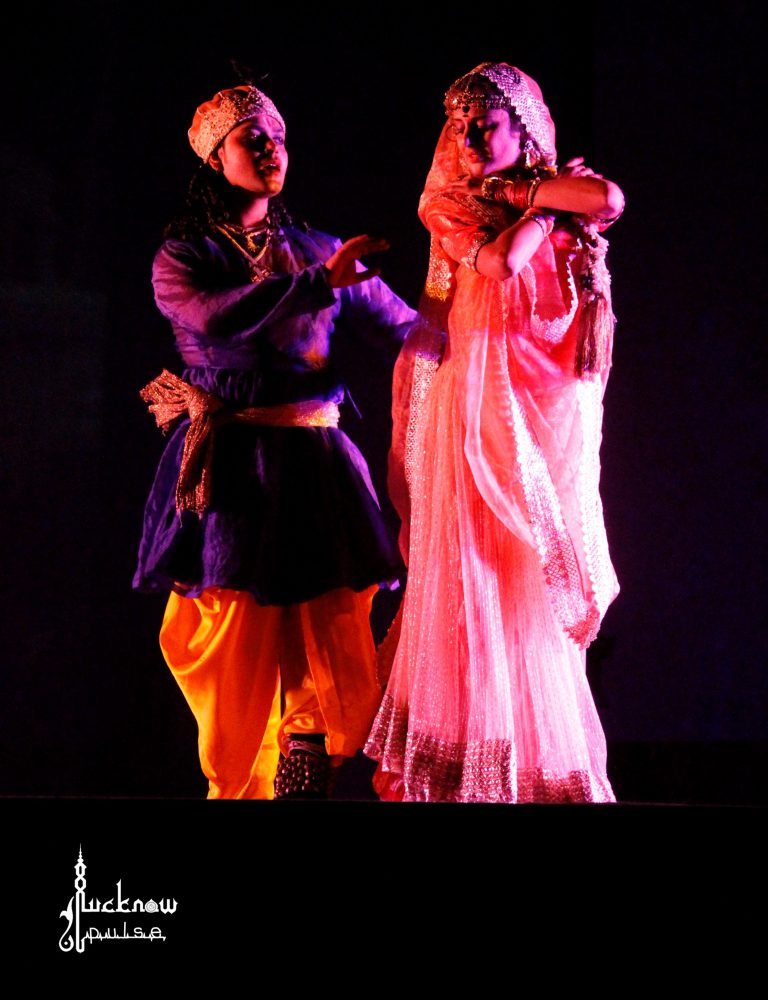 Every city in India has its own unique story to tell, whether its history, culture or traditions, and Lucknow is no different. When we talk about the City of Nawabs, the first impressions which come to mind are Lucknow’s glorious past, Nawabi-era monuments, culture, dance, music and cuisine. Being so culturally rich, Lucknow has actually become a hub for musicians, singers, dancers, poets and actors to showcase their talent in front of Lucknowites, who appreciate art and take great interest in attending the shows and events being organized in the city. In the words of the Honourable Governor of Uttar Pradesh, Shri Ram Naik, “Just as Mumbai is the financial captial of India, Lucknow is India’s Art and Craft capital.”

Here, in this article, we talk about some of the prominent cultural events that take place annually in Lucknow, where some of the country’s eminent artists have made their presence felt.

Lucknow Mahotsav is an art and cultural festival, which is organized every year in the month of November/December, by Tourism Department, Government of Uttar Pradesh. The festival exhibits the culture and art of Uttar Pradesh, particularly Lucknawi Tehzeeb for promoting tourism for national as well as international tourists. Traditional dramas, colorful processions, Kathak dance performances of the famous Lucknow Gharana, Sitaar, Sarangi and Tabla recitals along with thumri, qaqwalis and ghazals create a fascinating atmosphere. The Crafts Fair at the Mahotsav allows artisans to showcase and sell their crafts work at various stalls.

The Lucknow Ganjing Carnival was started in 2015 by Lucknow District Administration to give back the city its old world charm of Nawabi era and Victorian feel. The carnival, which is organized once a month during summer season and twice a month during winter season at Mahatma Gandhi Marg in Hazratganj, encapsulates all the distinctive features of Hazratganj of the bygone era. Artists can demonstrate their talent from a large stage, which is set up in front of multi-level parking. The stage is also used for various musical, dance and cultural performances by popular celebrity-artists. Visitors can watch movies based on Lucknow’s history and culture at Soochna Kendra Library office in Hazratganj. Nukkad natak, art gallery, selfie zone, kid zone, photo exhibition, to name a few, are some of the highlights of the carnival. Food enthusiasts can relish their taste buds at the food stalls, starting from Raheem’s, Tunday Kebabi, Wahid Biryani, Naushi-jaan, Moti Mahal and Prakash Kulfi.

The Lucknow Mango Festival is actually a tribute to the immense popularity of the ‘king of all fruits’ i.e. mango. The festival, which is usually organized in the month of June by the Habibullahs at Habibullah Orchards, Saidanpur village, Barabanki (54 kms from Lucknow), displays the scrumptious selection of Lucknow’s finest mangoes such as Chausa, Langda, Dussehri, Safeda, Husn-e-Ara, along with locally cultivated Beeji mangoes such as Ali Gauhar, Lalbebaha,  Tarifi, Sindhuria, Surkha and more.

You can buy different varieties of mangoes directly from the farmers and savor your taste buds with special mango delicacies such as Biryani with Aam ki chatni, Ambia Murg Tikka, Aam Aur Daal Ke Kebab, mango pakori, mango salsa, and many more at the festival. Apart from exploring varieties of mangoes, you can also enjoy tonga rides, rope swings, craft, while kids can revel in puppet shows, quizzes and more at the festival.

Organised by Rumi Foundation, in association with Uttar Pradesh Tourism, Wajid Ali Shah Festival aims to promote the Ganga-Jamuni tehzeeb of Awadh through music, drama, and other performing arts. The festival is organized in the month of February and has a poetry reading session, heritage walk, vintage car rally, and a musical event at a heritage location. Famous filmmaker Muzaffar Ali is among the celebrity names behind the festival. The third annual Wajid Ali Shah festival concluded in February 2016 with a ballet – Radha Kanhaiyya ka Qissa – written by Nawab Wajid Ali Shah and directed by Muzaffat Ali.

Lucknow Literature Carnival, which is an annual event organized by Lucknow Expressions, a non-profit organization, brings established and aspiring writers and literary enthusiasts on a common platform. The carnival, which is organized in the month of October/November hosts panel discussions and interactive sessions about different genres, workshops by writers, and theater, dance and music performances amongst other entertaining highlights. Bollywood lyricist Javed Akhtar, actors Naseeruddin Shah, Om Puri, Anupam Kher, Shabana Azmi, film-maker and poet Muzaffar Ali, and writer William Dalrymple have been past guest speakers of the carnival. The carnival’s objective is to put a fascinating literary experience, bringing together writers, poets, publishers, readers, young professionals and students of the city, and create a conducive space for thought provoking discussions on literature, society and life.

The Sanatkada Lucknow Festival brings back the famous but waning Lucknowi Hunar (craft skills) to business. The festival, which is usually held in January/February, celebrates art, craft, heritage, cuisine, theater and music, is organized by Sanatkada, an NGO supporting Indian craftsperson’s, who sell their goods at the event. Over the years, the festival has evolved to become not just a weaves and crafts bazaar but has actually transformed into celebration of music, culture, literature and art forms where Dastangoi and Qissa Goi (storytelling), literary guftugu (interactions), heritage walks and home cooked dishes are some of the highlights. Held every year at Safed Baradari, the festival chooses a particular theme, which has contemporary and historical relevance to Lucknow. Filmi duniya mein Awadh, Lucknow ke Bazaar, Pehnawa and Shama were some of the popular themes in the past.

Lucknow Literary Festival, a brainchild of Lucknow Society, a nonprofit entity, is held annually during February/March. The festival celebrates and acknowledges excellence in international and Indian writing, new talents, while restoring literary works of the past and eliciting interest in new generation towards writing. The event witnesses renowned novelists, poets, playwrights, lyricists and journalists from around the globe. From local language writers to Nobel laureates, debut novelists to Padma Shri holders, the event brings authors together for discussions, debates and readings at one platform. The programme includes cultural shows, book launches, workshops, panel discussions and events for school and college students. Former Chief Election Commissioner Mr. S.Y. Quraishi, activist Teesta Setalvad, actor Naseeruddin Shah, Film makers Sudhir Mishra and Muzaffar Ali, to name a few, have been special guests at the festival.

These colorful and vibrant cultural events have not only been able to exemplify and revive Lucknow’s rich culture but have also evoked interest in new generation towards preserving Lucknawi Tehzeeb and Nafasat. These events give us beautiful insights about Lucknow’s famed bygone era, which Lucknowites should be really proud of. The events are not only means of entertainment and fun but go a long way in impacting our minds positively about a place’s history and culture.