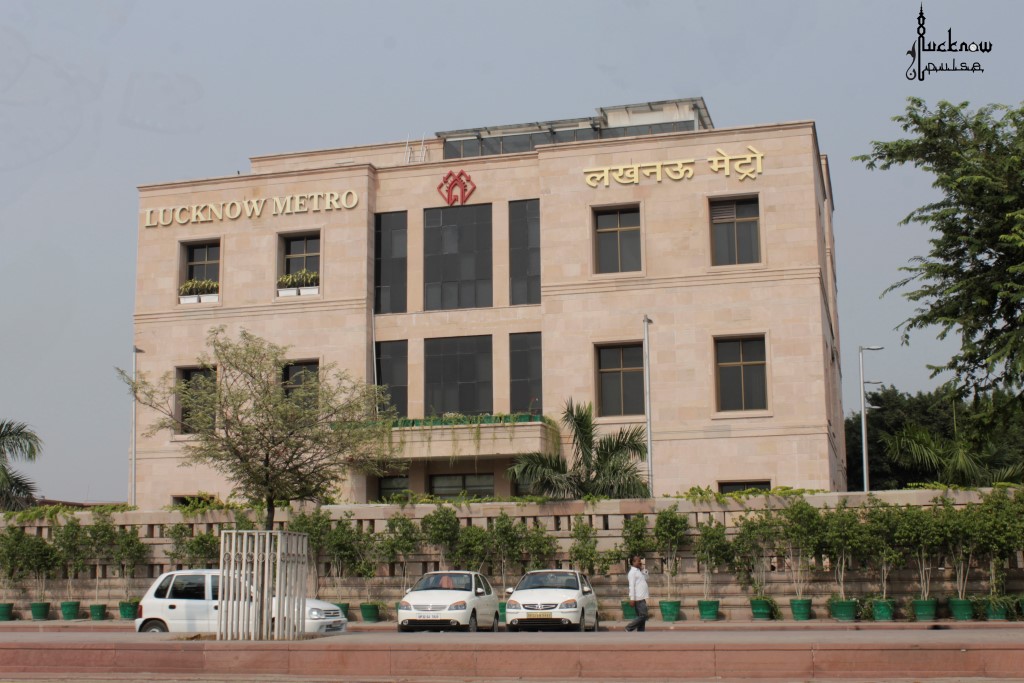 The City of Nawabs, which has a wealth of some of the most exquisite Imambaras, baradaris, masjids, bagichas and palace complexes reminiscent of Mughal and British period architectural styles, is witnessing a sea change in its overall landscape and infrastructure. Several ongoing infrastructure and development projects initiated by Government of Uttar Pradesh such as Lucknow Metro, IT City, Lucknow-Agra Expressway, extension of Gomtinagar railway extension, to name a few, are transforming the infrastructural landscape of Lucknow. These state-of-the-art projects once completed would add another feather to the city’s magnificent Nawabi and Victorian-era monuments, exhibiting a unique mix of the bygone era and modernism.

Here are some of the significant development projects and tourism initiatives that are sure to transform the existing skyline of the city and promote tourism in the state.

In 2003, former PM and Lucknow MP Atal Bihari Vajpayee had announced to develop Gomtinagar railway station as a full-fledged terminal. However, Vajpayee’s dream project could not takeoff as the BJP government at the centre changed. After almost a ten-year wait, in Sept 2012, the railway board decided to develop Gomtinagar station as a terminal to decongest the main Charbagh station. The railway board has already sanctioned Rs 108 crore for Gomtinagar station’s extension and the money will be released in installments to Lucknow division.

The U.P. government has given 2.2 acre land to the railways and Lucknow Development Authority (LDA) has to give 42.4 acre, out of which 38 acre has already been given for the project. National Building Construction Corporation (NBCC), a government enterprise, will develop Gomtinagar station.

Four additional rail lines, two additional platforms, terminal facilities with washing pit, new station building and coaching complex would be built at the station in second phase. Alok Singh, divisional railway manager, NER, Lucknow, said trains to Gorakhpur and Varanasi may be shifted to Gomtinagar station after consultation with two zonal railways, North Eastern and Northern, in Lucknow. Once fully operational, Gomtinagar station will be able to handle Gorakhpur-bound trains, and will take excessive load off the Charbagh station, which has about 155 pairs of goods and passenger trains originating/passing/terminating through it every day.

Lucknow has been witnessing rapid influx of migrants from adjoining districts looking for employment and livelihood opportunities. To cater to the transportation needs of the ever-increasing population of Lucknow and solve the demand-supply mismatch amid constrained public transport, there was an urgent need for a mass rapid transit system. Aiming to bring state-of-the-art infrastructure and efficient public transport system to the City of Nawabs, Chief Minister Sri Akhilesh Yadav announced the Lucknow Metro project for Lucknowites in 2013. Principal advisor, Lucknow Metro Rail Corporation, E Sreedharan, has already said that Lucknow Metro is the most economical and fastest project in India, which is a huge accomplishment for state government.

The proposed metro track would comprise two routes, one from Amausi Airport to Munshipulia (North-South corridor) and the other from Vasant Kunj on Lucknow-Hardoi road to Charbagh railway station (East-West corridor). The North-South corridor, which would cover 23 kms, will have 22 stations including three underground and 19 overhead. The East-West corridor would cover 11 kms and will have 12 stations including five overhead and seven underground. Both the tracks will intersect at Charbagh station.

At the moment, laying of girders, pillars and construction of metro stations is in full swing at the 8.4 km stretch from Lucknow airport to Charbagh station under Phase I-A of North-South corridor and is expected to be completed in December 2016. In addition, soil testing has been started in Mahatma Gandhi Marg in Hazratganj area in front of Mayfair building and Chief Post Master General Office. Once the soil samples are approved, pillars and girders would be installed in Hazratganj towards KD Singh Babu Stadium, covering the North-South corridor.

If you want to travel to popular tourist destinations such as Agra, Kushinagar or Banaras from Lucknow, you might have to buy air ticket from U.P. Tourism department. The state govt. is all geared up to introduce intercity air service through which it will sell air tickets to tourists after paying per-hour charges to airlines. Navneet Sehgal, principal secretary, tourism, said the government will underwrite all the passenger seats and give per-hour flying charges to airlines. The tourism department will sell the seats to passengers through UP Tour after acquiring all the seats. Sehgal further added that UP Tour will have a dedicated website for online booking along with counter sale booking.

Uttar Pradesh cabinet has already approved the amendment to state aviation policy, permitting 18-20 seater airplanes to fly to various tourist destinations in the state. The airlines will be selected through tender process and the service would be supported by U.P. govt. through viability gap funding procedure. Initially, the intercity air service would start from Agra to Varanasi to Lucknow and would have the same return route. The Buddhist circuit and Lucknow would be included in the first phase.

These development projects and tourism initiatives have a lot of significance, considering their extent and scope in boosting infrastructure in Lucknow and tourism in the state. Once fully completed and operational, these projects would go a long way in facilitating transportation and travel needs of the people living in Lucknow. Lucknowites would be really proud of these projects and would be right in thinking for placing their city at par with other big metropolitan cities of the country such as Delhi, Bangalore or Mumbai.