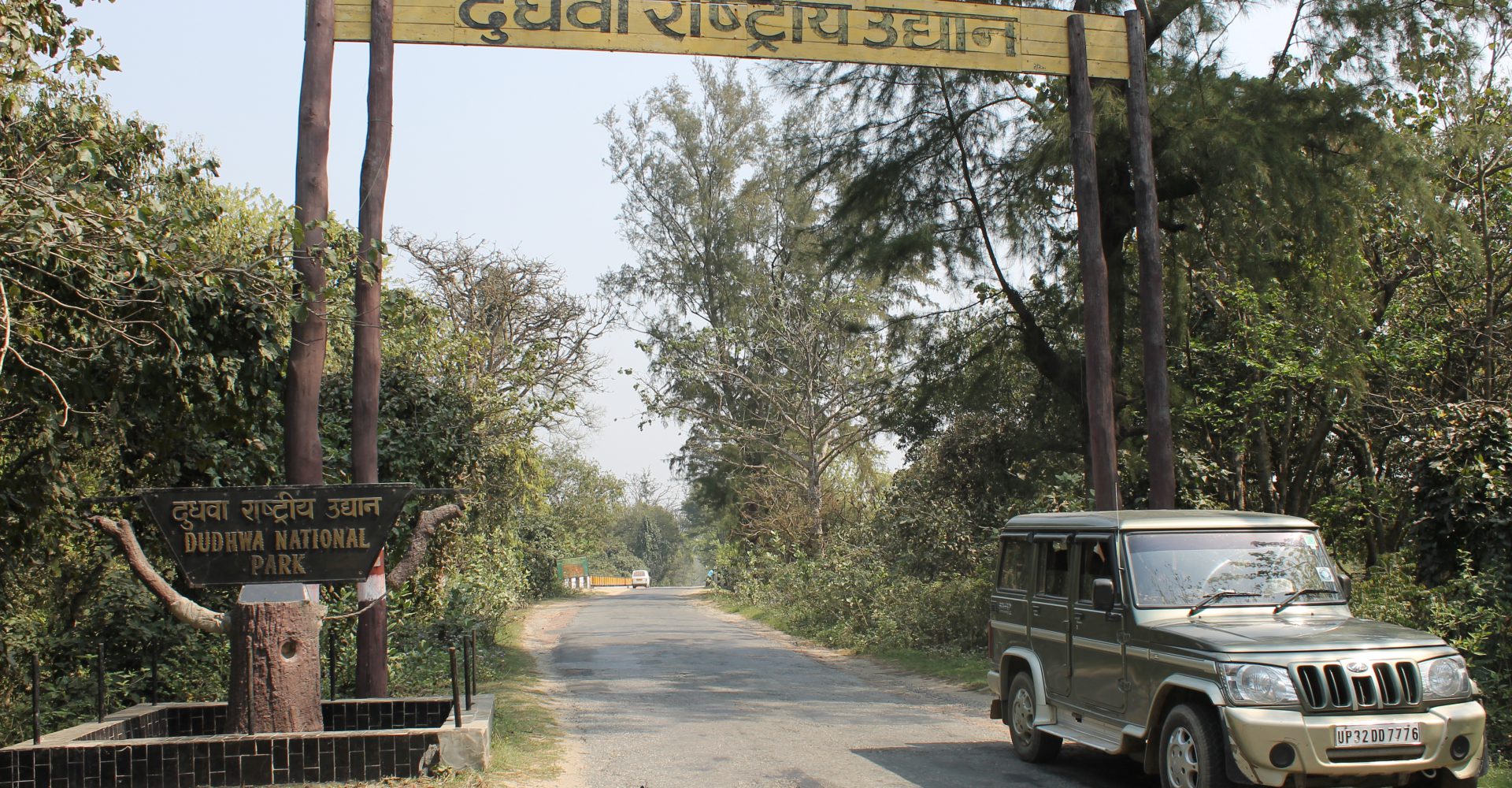 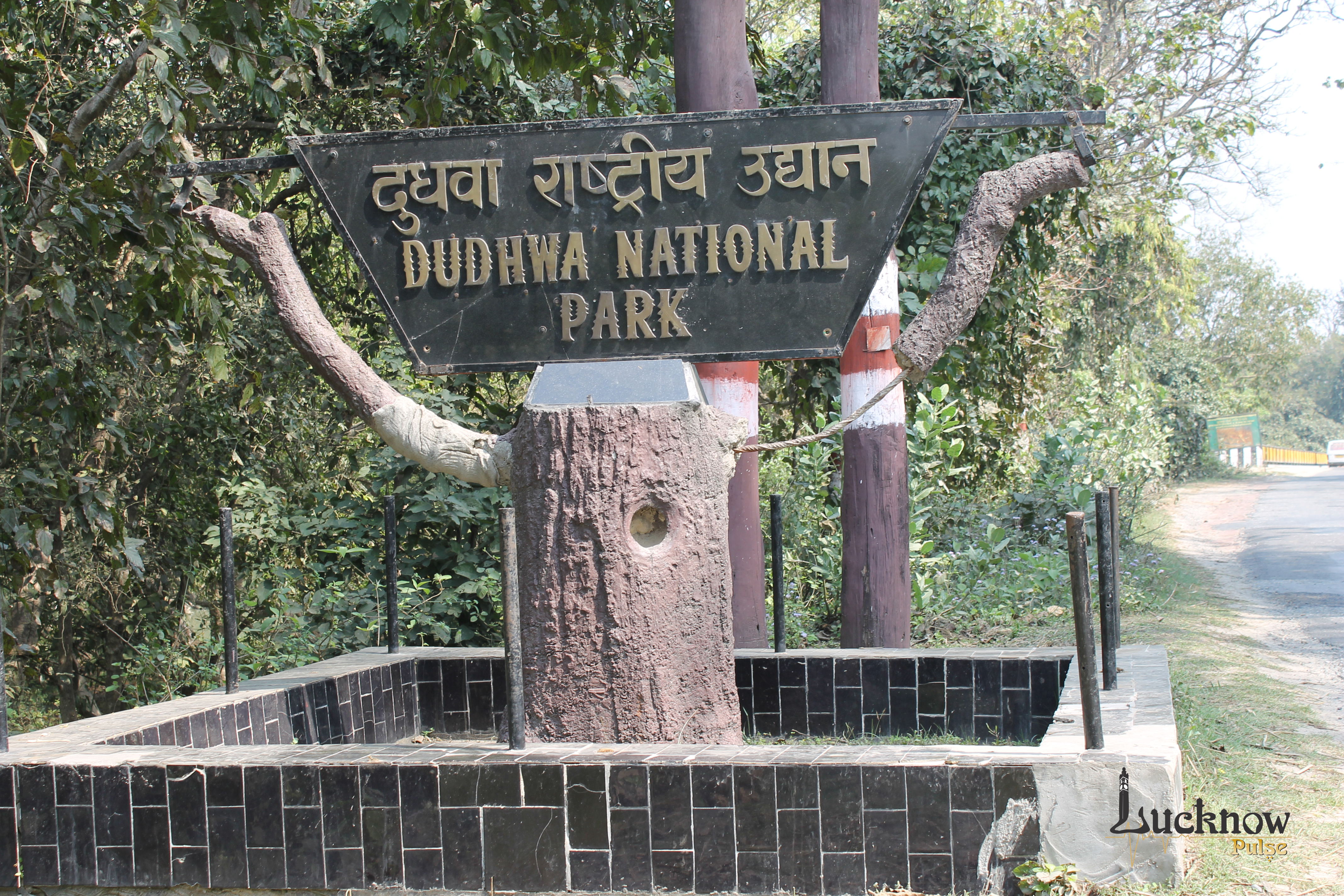 Not too far from Lucknow, the Dudhwa Tiger Reserve is the best place for those who want to escape from the hustle and bustle of the city life. The Dudhwa Tiger Reserve, located in the Lakhimpur Kheri district of Uttar Pradesh on the Indo-Nepal border, is a protected area incorporating Dudhwa National Park, Kishanpur Wildlife Sanctuary and Katarniaghat Wildlife Sanctuary. 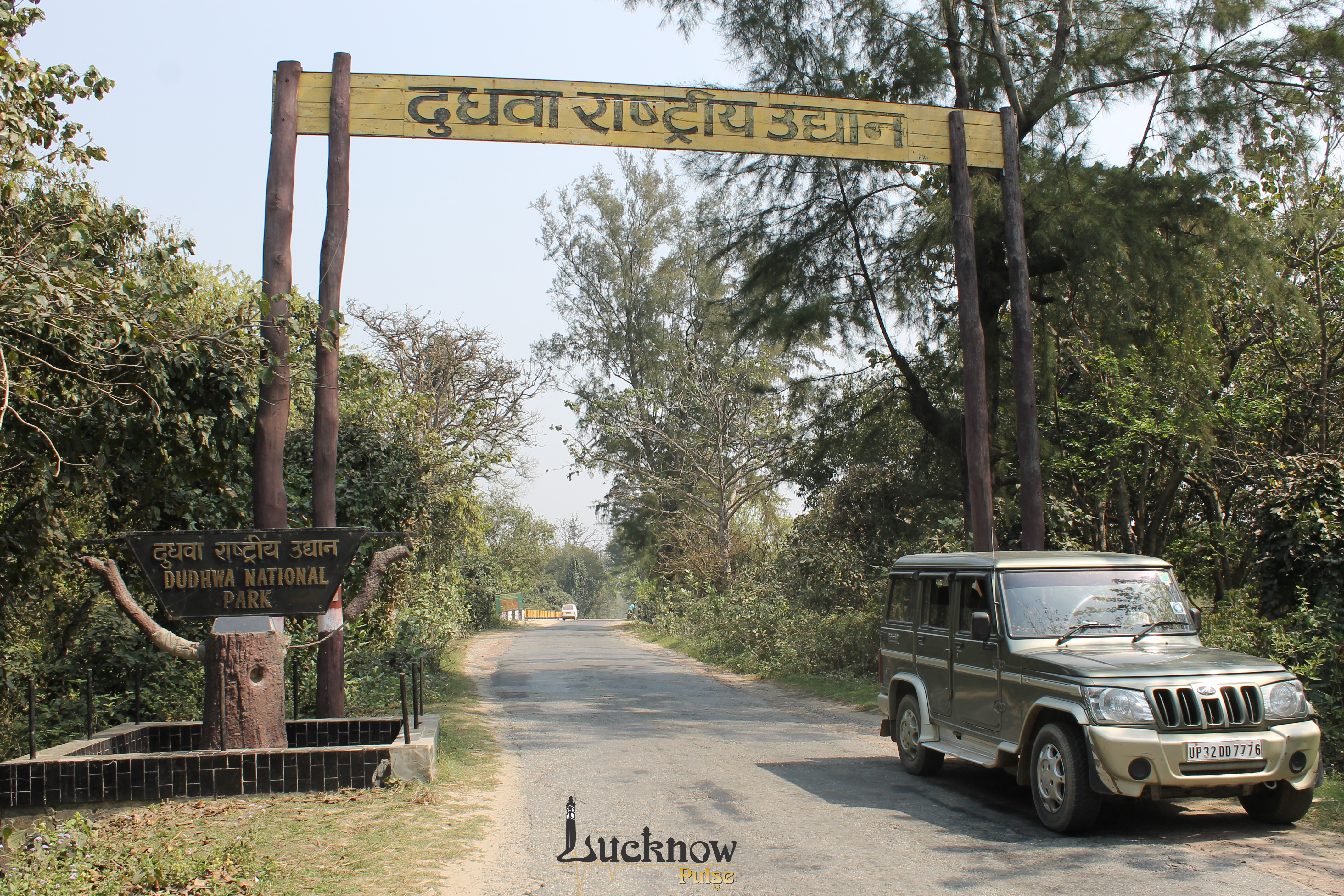 The Tiger Reserve is home to some endangered species of flora and fauna. It claims to have some of the finest specimens of Sal forests in India, with the flora in this marshland being of the North Indian wet deciduous kind. The tributaries of the river Ghagra flow through these protected areas of Kishanpur, Katarniaghat and Dudhwa National Park. These support different species of turtles, marshy crocodiles, the rare species of fish eating crocodiles and also the Gangetic Dolphins.

It’s not just about tigers

The Dudhwa Tiger Reserve gives you an opportunity to closely observe the wildlife in the dense jungles. You may witness animals as such as the tigers, leopards,  deer, rhinoceros, reptiles, sambar, sloth bear, wild pig, blue bull, porcupine, otter, bird life and butterflies living in their natural habitats. 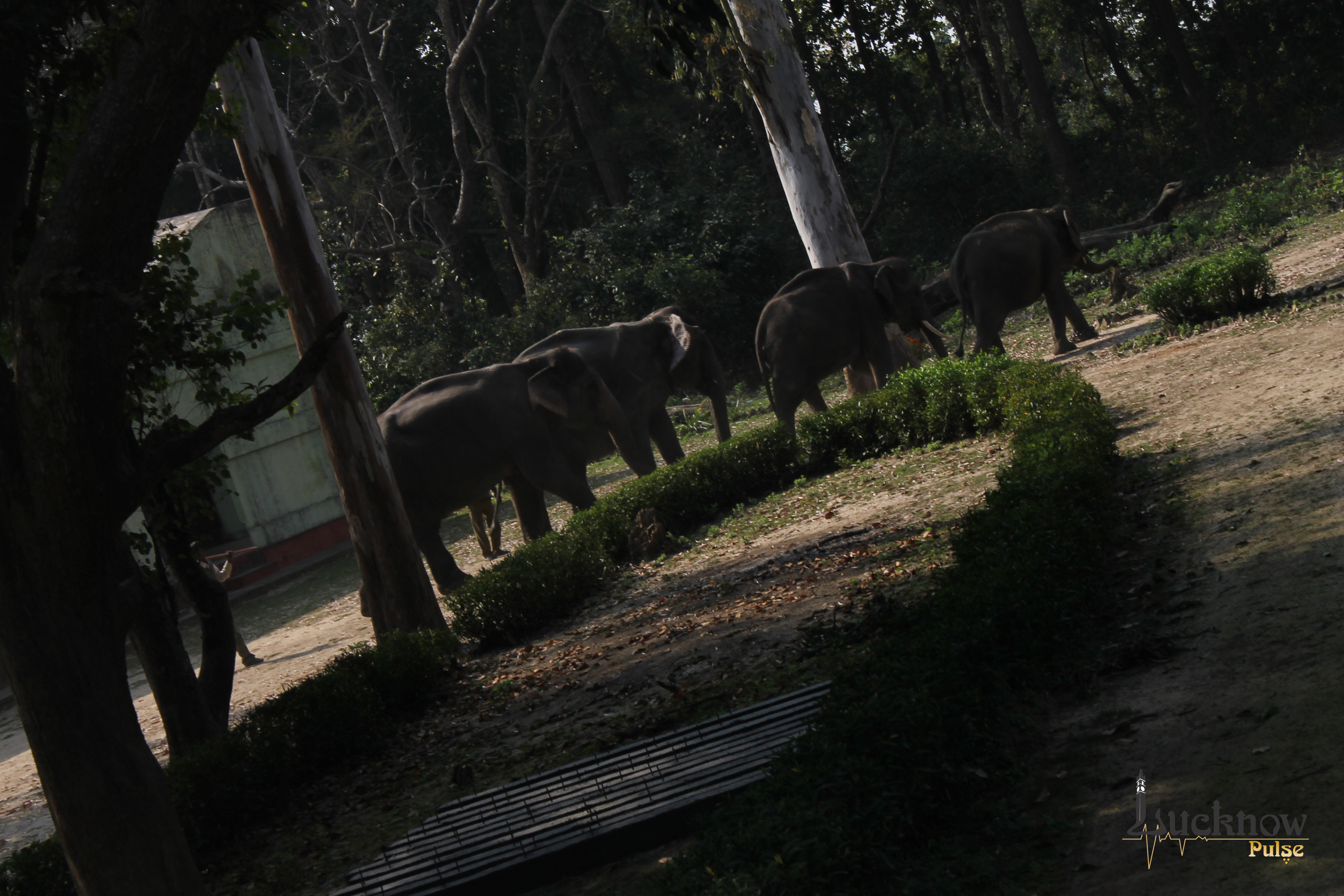 The Dudhwa Tiger Reserve is home to a diverse species of mammals including elephant, the gaur, the wild sheep of the Himalayas, the antelope and the black buck. It has several classes of the deer which include the swamp deer, the barking deer, the hog deer, sambar and the spotted deer.

The swamp deer, as the name suggests, inhabits the marshland, and has the distinction of being the state animal of Uttar Pradesh. Enjoying the largest population of the swamp deer in Asia, the Tiger Reserve promises an enjoyable trip for the wildlife enthusiasts.

The  Sambar, which is characterised by large horns, is  found in the woodlands generally. The spotted deer is the finest looking of all species. It has a fawn coat with white spots. They can be spotted near the water bodies or the forested areas. Hog deer gets its name from its pig-like appearance and movements. The hog deer prefers grasslands close to the water bodies. The barking deer is a species which is recognized by its coat of a bright chestnut colour and is found in the thick forested regions of the reserve.

Reptilian diversity at the tiger reserve

The Dudhwa Tiger Reserve is also inhabited by different classes of reptiles, characterised on the basis of their body structure. The first category consists of marsh crocodiles, gharial, monitor lizards and geckos. You can see the marsh crocodiles in the rivers of Dudhwa National Park and Katarniaghat Wildlife Sanctuary basking on the river banks during the daytime. Gharial is another endangered species of the crocodile family inhabiting the rivers of Katarniaghat Wildlife Sanctuary.

The second class of reptiles consists of turtles and tortoises which are found in abundance in Dudhwa Tiger Reserve. The different species include Indian Roofed Turtle, spotted pond turtle, elongated tortoise and crowned river turtle. The third category of reptiles includes snakes such as Python, Cobra, Russel’s viper and fresh water snake that are seen in this stretch. Beside these, Indian monitor lizards and yellow monitor lizards along with Geckos can also be spotted in this forested region. This Tiger Reserve lets you observe the flora and fauna in proximity that makes this visit an informative and thrilling experience.

The Dudhwa Tiger Reserve is a paradise for bird watchers. It gives you an opportunity to observe the rich diversity of birds including hornbill, red jungle fowl, pea fowl, Bengal florican, serpent eagles and orioles. It is also home to a number of migratory birds during the winter months.

Butterflies have always interested kids and adults alike with their beautiful and varied colour patterns. The Dudhwa Tiger Reserve has a rich variety of butterflies.

Your visit to the Dudhwa Tiger Reserve will definitely be an enriching and exciting experience owning to the the plush green landscape, expansive wetlands along with amazing biodiversity that it offers. This Reserve is a paradise for nature lovers and wildlife enthusiasts. 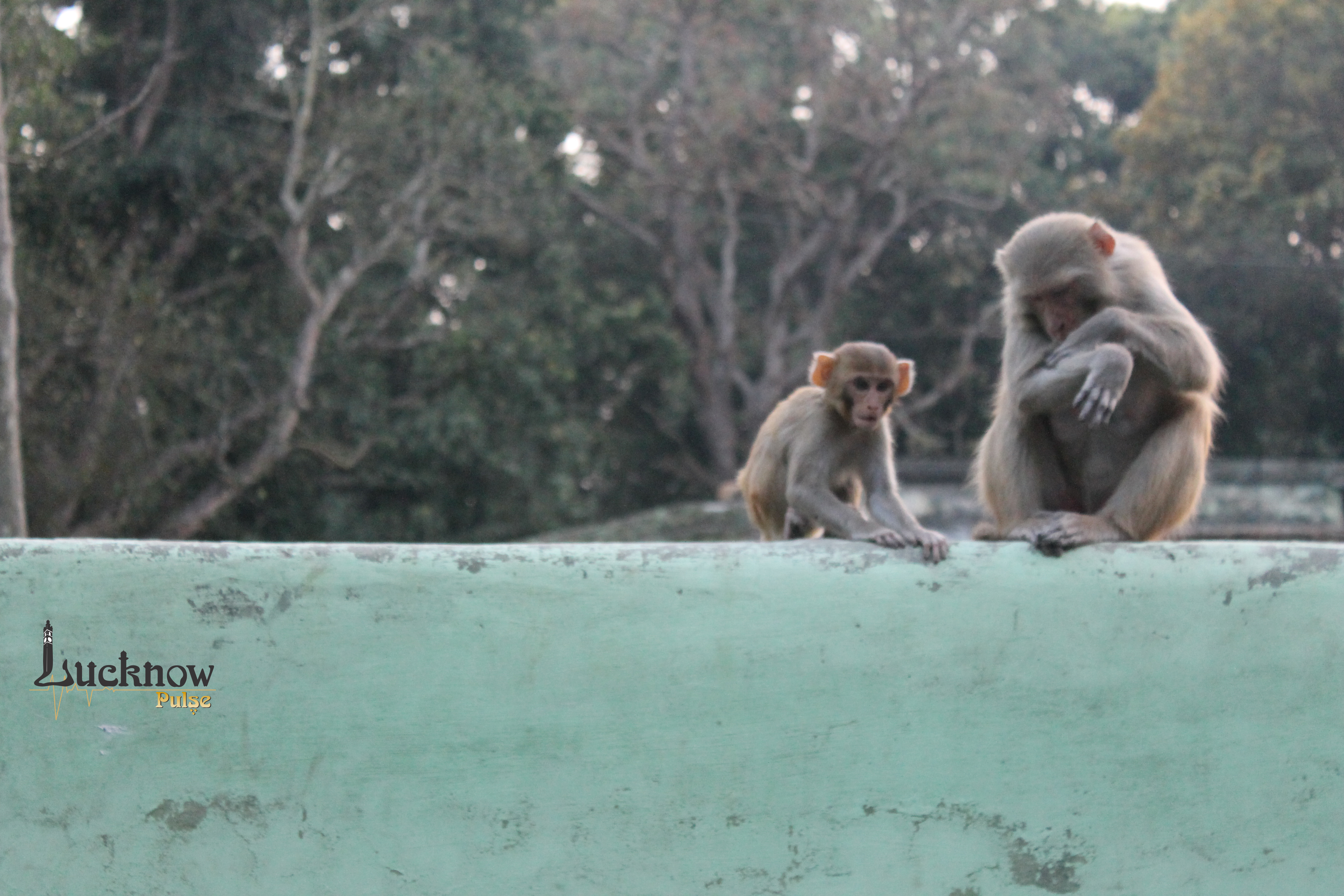