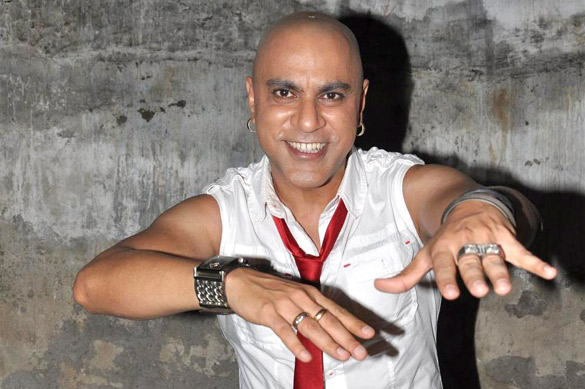 Bollywood is a world of glamour, name and fame, which attracts people from every part of the world. Every day thousands of people arrive at the city of dreams, Mumbai, to be a part of the glitzy Bollywood. Lucknow city is no exception, all the more because of the rich lineage of art, dance and drama it carries.

Many Lucknowites have strived and struggled to secure a pedestal in the world of glamour. Quite a number of them have won glory and laurels for the city, making it proud of their achievements in Bollywood. In the recent past, Lucknow has also been a preferred destination for the shooting of many movies, which has encouraged local talent to head towards Bollywood all the more.

Bollywood is a magnetic world that draws people with its glamour, larger than life films, and the big bucks it means to the people associated with it. Explore with us the Bollywood connect of Lucknow.

Bollywood had a great jewel in the music industry, Naushad Ali Sahab. He was one of the leading music directors in Bollywood and gave historic hits in his musical career. He was born in Lucknow 1919, and his father was a clerk in the court. Though his family was against his choice of career, his love for music saw him elope to Mumbai in 1937 to try his luck in Bollywood. He was also conferred with Dadasaheb Phalke Award for his contribution to the Indian cinema and with Padma Bhushan as well. Naushad Sahab breathed his last in 2006, leaving behind his rich legacy of musical hits.

Lucknow city gave another marvel to Bollywood, Talat Mahmood Sahab, a renowned playback singer and an actor. He was born Lucknow in 1924 and was known for singing ghazals. His family did not support his singing. Music captivated him right from young age and he chose career over his family’s wishes and made it big in Bollywood. He sang Ghazals for All India Radio, Lucknow as well. He also acted in movies and has around 800 songs to his credit. Talat Mahmood Sahab gave live performances in countries such as UK, USA, Holland and West Indies and was a recipient of the Padma Bhushan. He died in 1998, leaving behind a void in Bollywood.

The famous Writer and Satirist- K.P.Saxena

K.P. Saxena Ji was another personality of Lucknow who made Lucknow proud of his style of writing that depicted the Ganga Jamuni Tehzeeb and his satires attacking the evil around but unfortunately he left this world in 2013. He was a Railways employee but continued with his love for writing and wrote the famous serial “Bibi Natiyon Wali” for Doordarshan. He is known to have written for almost every known Hindi magazine during his lifetime. He wrote dialogues for historic Bollywood hits such as Lagaan, Jodha Akbar, Swades and Hulchal. He was awarded the Padma Shri in 2000. His writing and narration style was admired by one and all.

Another Lucknowite who made it big in Bollywood is the renowned director, Muzaffar Ali. He was born in Lucknow in the year 1944 and has been credited for his contribution to meaningful cinema. Besides filmmaking, he is also into fashion designing, poetry, and is a social worker as well.  Rajah Muzaffar Ali, as his full name is, went to La Martiniere School in Lucknow. Muzaffar Ali has been conferred with the Padma Shri in the year 2005. Some of his acclaimed movies are Umrao Jaan and Gaman.

The musical hits of Bollywood such as “Lage Raho Munna Bhai”, “3 Idiots” and “Parineeta” had music composed by Shantanu Moitra. Also born in Lucknow, he is known for his peculiar style of music, which also includes indipop hits such as “Ab Ke Saawan Aise Barse” and “Mann Ke Manjeere” sung by Shubha Mudgal. He moved to Delhi with his family and was the lead singer of a popular band.

Roshan Abbas is another renowned personality of Bollywood, who is from Lucknow. He was born in 1970 in Lucknow and studied at La Martiniere School. He has donned many a hats during his career in Bollywood. He has been a radio jockey, a theatre artist, a game show host, head of an event management company, a writer and a director as well. His major directorial venture was Always Kabhi Kabhi, a movie, which was produced by Shah Rukh Khan.

Lucknow is the hometown of the rapper Baba Sehgal who has made the city proud by being the first Indian rapper in Indipop with his songs being aired on MTV after the release of his first album. His hit songs include the famous
“Thanda Thanda Pani”, “Manjula” among others. Since then he has been the leading face of the Indian rap circle.

Aditi Sharma is another Bollywood personality who belongs to Lucknow. She was the winner of the talent -hunt show “India’s Best Cinestars Ki Khoj” in 2005. Aditi Sharma is a critically acclaimed actress who has featured in Bollywood movies such as “Ladies v/s Ricky Behl” and “Mausam” among others. She also endorses various brands including “Tata Sky”, “Colgate”, “Moov”, and “Parachute Oil” to date.

Bollywood hit “Tanu weds Manu” and “Raanjhana” have been penned down by the Lucknow lad, Himanshu Sharma. He is known to have completed his schooling from Spring Dale School and his family still stays in Lucknow. He started his career as a scriptwriter of a health show on NDTV Imagine. He has also written script for the famous TV serial “Kkusum” on Sony TV and “Bhootwala” serial on SAB TV. His writing debut in Bollywood was with the movie Strangers.

The Singer and Actress- Tia Bajpai

Lucknow has been the home for yet another Bollywood singer and actress, Tia Bajpai, who started off as a contestant on a talent hunt show on Zee TV and was its one of the finalists. Afterwards she participated in a number of reality shows along with acting in TV serials. She got her first Bollywood break in the movie “Haunted 3D”, a film directed by Vikram Bhatt.

Lucknow houses various centres dedicated to art, dance, dramatics and creativity. Under such circumstances, it is natural for Lucknowites to shine like a star in the firmament of Bollywood, making Lucknow and its people proud of them. Shine Lucknow!контекстная реклама директ