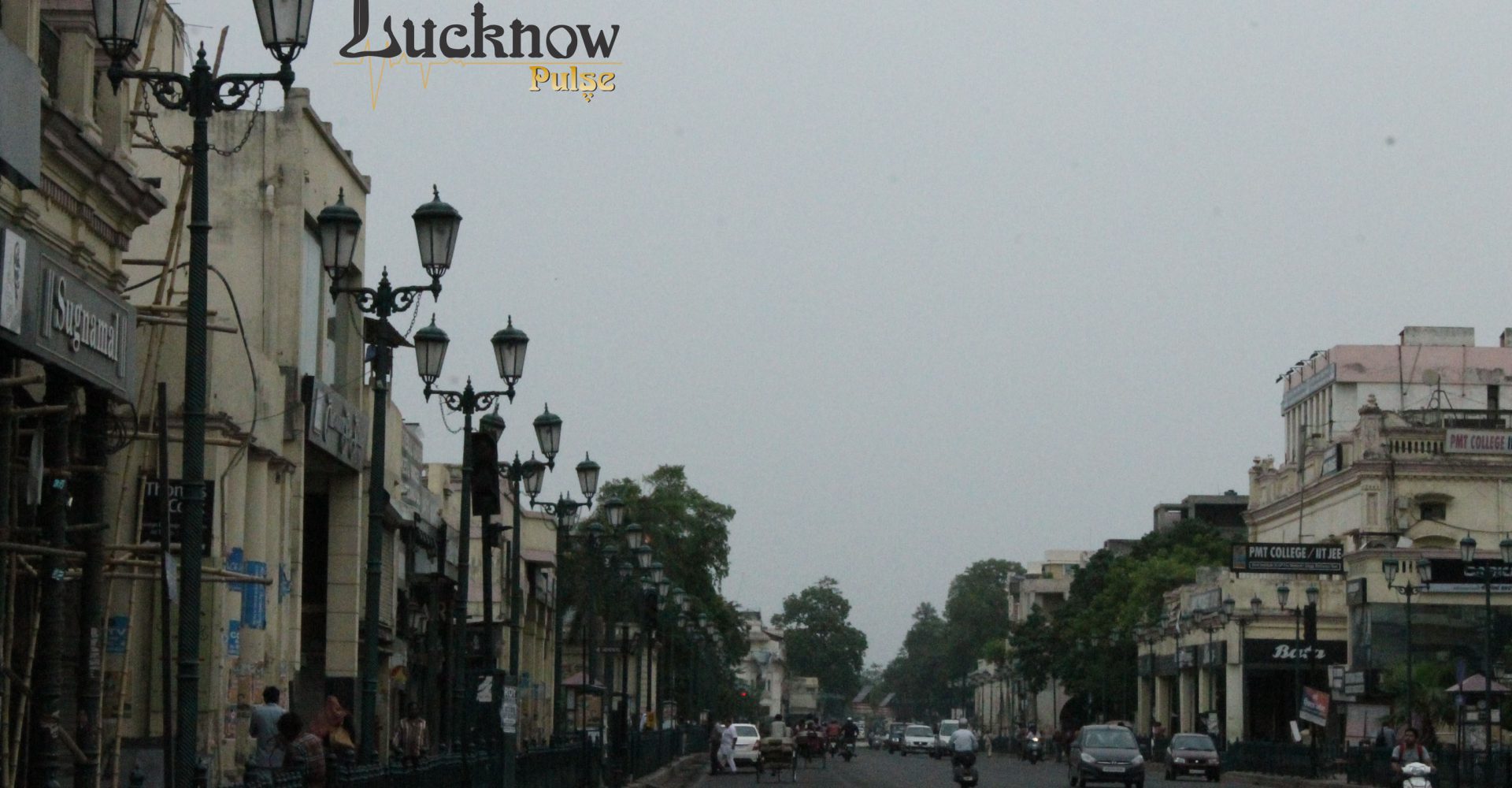 Hazratganj is not only a market, it is representative of an era that still continues to allure the Lucknowites and non-Lucknowites alike. An evening spent in Hazratganj will definitely take you closer to the essence and charisma of the Nawabi city, Lucknow.

Every city carries a unique charm and essence, an air about its ambience that sets it apart from the rest of the places.The markets, parks, monuments, public buildings are all a part of the identity of any city. The Hazratganj market in the city of Nawabs is a highlight that has kept the charm of Lucknow alive. The famous “Ganjing” in Hazratganj is one of the most common ways of spending a typical “Awadh ki Shaam”.

Hazratganj experienced a massive changeover after the recent beautification drive on the occasion of the completion of 100 years of the marketplace. The revamp of the market has changed the look of Hazratganj for the better and has brought all the shops on a common colour-coordinated theme. The market continues to be the central aspect of the city to the extent of being a part of any conversation that revolves around Lucknow.

Hazratganj is a beautiful place to visit as it houses good eateries, showrooms of branded merchandise, big shops selling the local craft and the lovely ambience that is peculiar to the city. Hazratganj has a rich history that still continues to be visible, making it the favourite spot for Lucknowites. Here’s more about Hazratganj, Lucknow’s Connaught Place or The Mall Road.

History and Restyling of Hazratganj

King Amjad Ali Shah, the fourth King of Oudh, got Hazratganj built during his rule in a true European style. The place was named as “Queens Way” and was open only to British carriages before India became free. Hazratganj, since then, has succeeded in keeping the appeal of the marketplace intact.In 2010-11, the Uttar Pradesh Government undertook a beautification drive that was meant to give Hazratganj a complete makeover and add to the glory of the historic marketplace. The motive behind the uplift was to restore the dying popularity of Hazratganj market at the hands of the various swanky malls in the city. The idea was to give the market its ancient, novel, traditional and classy look back laced with newness of today, making it a place fit for a family outing.

What all has been done?

To enhance the charisma of Hazratganj and to infuse it with new energy, the following measures were undertaken by the State Government and the authorities:

It’s all about the Colour

To give a distinct, unique yet uniform look to Hazratganj, all the shops on the expanse now stand in cream and pink colour. To bring uniformity, each and every shop, be it the big Saree Bhawan showroom or the small Minoo & Dinshaw stationery shop, have all been painted in the cream and pink combo. The colour coordinated theme has made the place look more organized.

Walk the talk  as you pass through beautiful lamps, fountains and benches to relax

The long stretch of Hazratganj, known for the famous “Ganjing” now has benches fixed at every few metres along with elegant lamp-posts, fountains and railings that appear akin to a Victorian age boardwalk. The Victorian lamp-posts add to the old-world charm that is peculiar to the Lucknow city. There are a number of big fountains that make the evenings pleasant, especially during summers.

Parking on road is at owner’s risk

Hazratganj is one of the busiest markets of Lucknow. In fact, the Hazratganj crossing, the centre point of Lucknow, is the busiest crossing of the city. To tackle the problem of traffic congestion and to let the visitors enjoy the Hazratganj experience, the authorities have constructed a multi-level parking lot. The parking area can accommodate around 400 vehicles to relieve the area of congested roads. Moreover, traffic police keeps a constant tab on the vehicles parked on the road. Parking on road is strictly prohibited so, do not take a chance and park your vehicles only in the allocated parking spaces—all the more for the love of your city.

Hazratganj is not just any other place or a market in Lucknow. People get to know the soul of Lucknow through Hazratganj.  Whether it was the regular marketplace or the new decked up Hazratganj after the revamp, the “Ganj-ing” has stayed the same. The charm of the posh market will continue to attract shoppers but the love for Hazratganj will never die among the die-hard Lucknowites.