A stroll or window shopping at Lucknow’s oldest and prestigious shopping destination, Hazrat Ganj, is often known as Ganj-ing. Hazratganj, the 200+ year old elite shopping and entertainment zone, has seen quite a happening past. In 1810, the first nawab of Awadh, Saadat Ali Khan, brought up the idea of such a place. After him, it was Nawab Nasiruddin Haider who nurtured this dream and commissioned many buildings and Kothis in Hazrat Ganj. Earlier called Munnawar Baksh probably because of Munnawar Kothi built there, the area was renamed to Hazrat Ganj in 1842, drawing from the nickname of Nawab Amjad Ali Shah who was often lovingly called “Hazrat”. 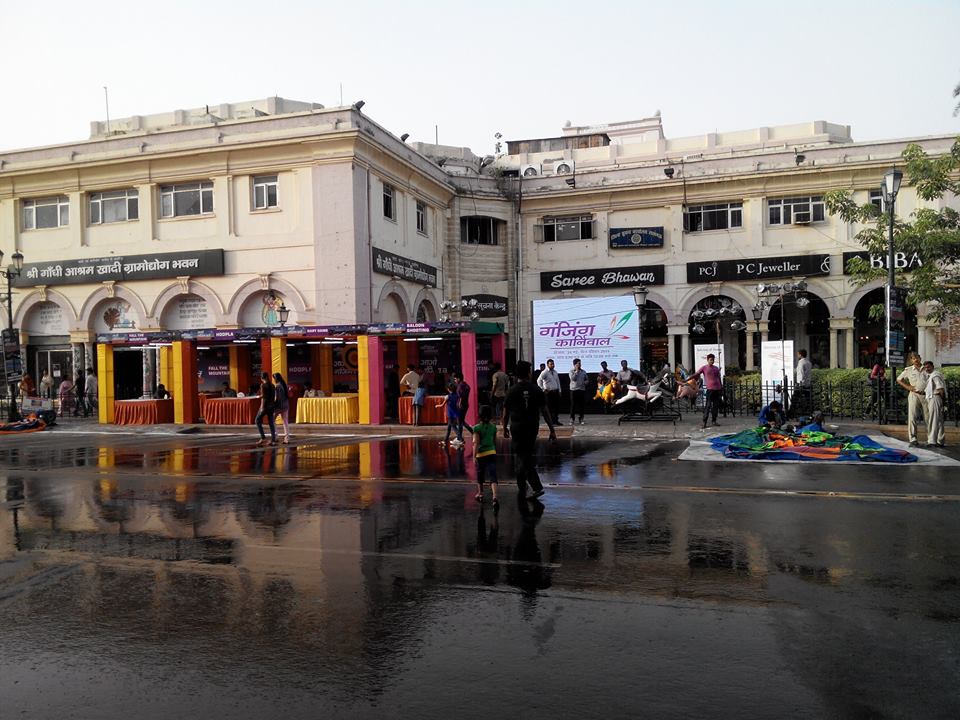 There was a time when Hazrat Ganj had a distinctive charm with a fine blend of mughal architecture and a victorian feel in the buildings, sidewalks, and even the vehicles and horse-carriages used by the nawabs and the British officers. Pedestrians too used to enjoy the walk across the shops, movie theatres, ball room, clock tower, and the coffee house. Today, if we need to relive that era, Hazratganj, the heritage area of Lucknow, needs to be transformed for a while. District Administration of Lucknow did just that when they planned the Ganjing Carnival at Hazratganj Lucknow.

On Sunday May 24, 2015, Hazratganj was made out of bounds for any kind of vehicles from the main crossroad near GPO till the office of the Chief Post Master General. The duration of the Ganjing Carnival was five hours, starting from 5:00 PM till 10:00 PM. District administration put up a great show by setting up stages for Music and Dance performances, Food courts, Art gallery, photo exhibitions, selfie zones with huge cutouts of Lucknow’s heritage buildings and lots more.

The excitement among the crowds was worth taking a note. Lucknowites were flocking in with family members and friends, posing for 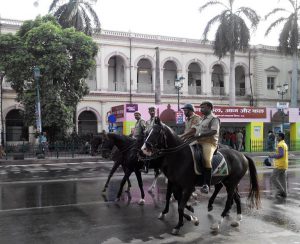 pictures, enjoying the food and music, amidst the confidence that they were safe and free to roam about the long stretch of the main street – M.G.Road. Every sidelane that opened    into the main street had police personnel deployed. There were scores of civil defence personnel. A wonderful view was to see the Policemen riding horses for patrolling. What might have helped to ensure safety and  checking any untoward incident was the installation of CCTV cameras on the lamp-posts. It helped in keeping a tab on the small bunch of mischief-makers and spoilsports.

The event was such a huge success among the citizen of Lucknow that the district administration has decided to hold the event once a month during summers and twice a month during rainy season and winters.