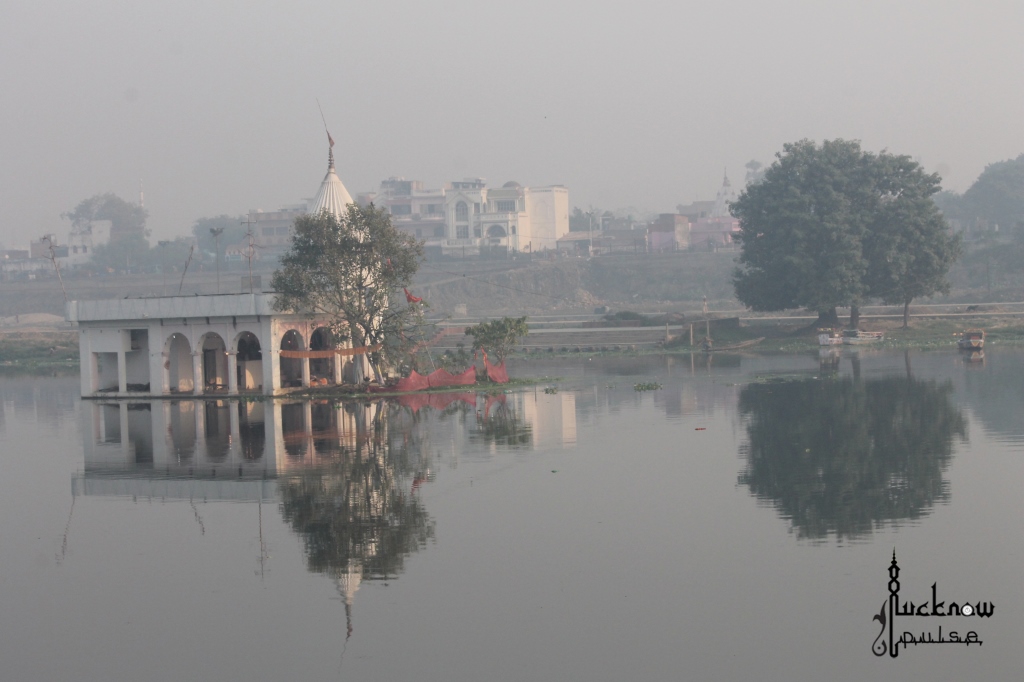 In the words of a Lakhnawi, “Lucknow city continues to amaze despite the astonishing number of years I have spent here!” You can never judge the predominant religion of Lucknow. The city loves to celebrate all the festivals irrespective of the religion.

Lucknow is home to some of the famous Mosques, imposing Churches, stately Gurudwaras and beautiful Temples. In this article, let us have a glimpse of some of the well-known temples having their presence in the city of Nawabs.

Mankameshwar Temple: This temple, falling in the Daliganj locality of the city is supposedly hundred years old and is one of the most renowned temples of Lucknow. It is dedicated to Lord Shiva and worshippers throng the place on the occasion of the first Monday of the sacred month of Shrawan to offer their obeisance to the Lord. As a legend goes, the temple houses one of the four shivlingas where Laxman is said to have stopped to offer prayers on his way back to Ayodhya, after leaving Sita in the forest.

Twin Hanuman Temples: These famous twin temples located in the bustling area of Kapoorthala in Aliganj locality of Lucknow city, holds great religious significance and attracts devotees in big numbers throughout the year. The widely acclaimed ‘’Bada Mangal’’ festival dedicated to Lord Hanuman is specific to Lucknow city and celebrated with all fervour every Tuesday in the month of ‘Jyeshtha’ (May-June) every year as per the Hindu calendar.

There are various myths associated with the celebration of the Bada Mangal festival, one of them being that the child of the Nawab ruling the city at that time fell sick and the doctors were unable to find a cure for the child’s illness. The wife of the Nawab wandered with the child to different places to find a cure to the child’s ailment, when she came into contact with the priest of the naya Hanuman temple in Aliganj. The priest requested her to leave the child in the temple premises before the idol of Lord Hanuman and come back after some time. The child recuperated with the blessings of Lord Hanuman, and since then the tradition of observing Bada Mangal started being followed in Lucknow with devotees thronging these Hanuman temples in big numbers.

Hanuman Setu: This temple, located on the Lucknow University road, in the heart of the city attracts locals and visitors alike owing to the religious relevance it holds. The temple has a prayer hall which is oval in shape, with a seating capacity of 250 people. The 6.5 ft idol of Lord Hanuman is visible from all corners of the congregation hall.

Bari Kaliji Temple: This is one of the ancient and most revered temples of Lucknow located in Chowk. The temple, dedicated to Goddess Kali, is said to be around two thousand years old and was constructed by Aadi Shankaracharya. During Navratras, devotees visit the temple in huge numbers to offer prayers and pay reverence to Goddess Kali.

A visit to these temples will lend you an insight into the rich tradition and secular past of the Lucknow city, a must see on your stopover in the city of Nawabs, Lucknow.