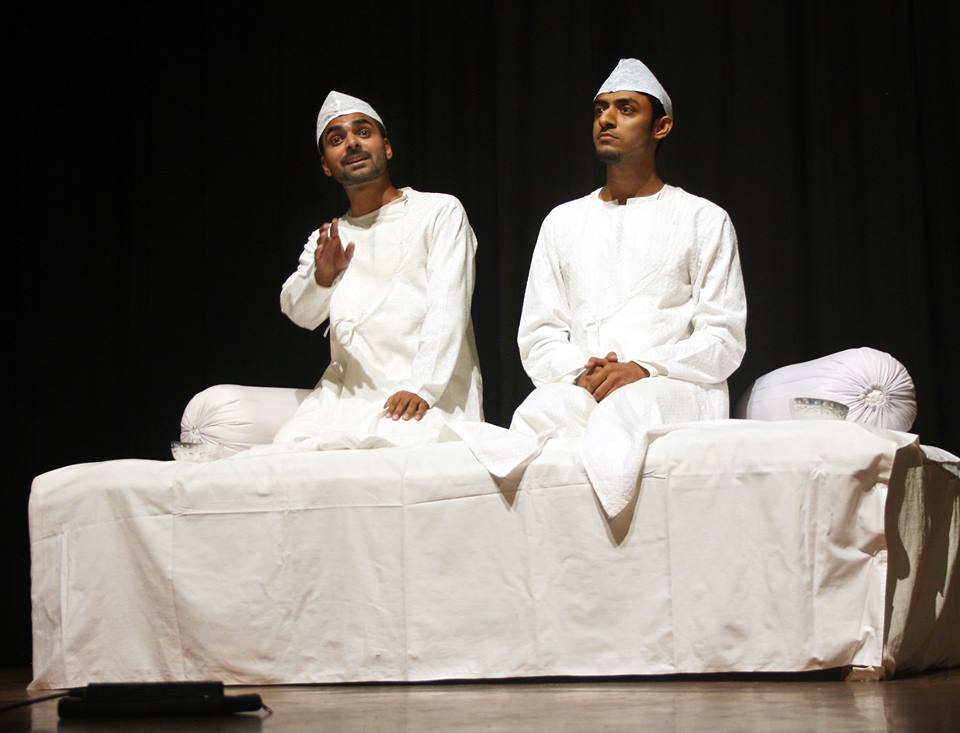 Over the centuries, the one thing that has not changed perhaps is the bond that exists between children and their grandparents. Upon looking back on their childhood, most people would associate those carefree days with the warmth and love that they received from their grandparents. During these days of jocund serenity, one remarkable memory most of us share is that of our grandparents relating to us the tales of great heroes and legends whose lives and adventures inspired children to embark upon exciting adventures of their own.

Storytelling, however, was not a mere means of passing time in the Pre-independence era; rather it was an important source of entertainment. Listening to stories narrated by professional raconteurs, known as Qissagohs, was an essential aspect of courts and gatherings. These raconteurs had such mastery over their art of narrating stories that they painted pictures with words and left deep and lasting impressions on the minds of their listeners. According to Abdul Halim Sharar, the practice of storytelling had such a stronghold in Lucknow that there was no affluent household, which did not have its own appointed Qissagoh. Qissa was a short tale, one that could be finished in a day whereas Daastaan was a longer tale, which could go on over a week, month or even a year. Not only were these Qissas and Daastaans narrated but also published later by the Munshi Naval Kishore Press in Lucknow.

It was believed that nowhere else had people attained even a part of the proficiency over language as had the inhabitants of Lucknow. Several literary devices such as Phabti (quip/pleasantry), Zila (double entendre), Tukbandi (rhyme forming), and so on were developed to enrich the language. At Munshi Naval Kishore Press in Lucknow, Daastaan-e-Amir Hamza was first published between 1893 and 1908 in forty six volumes, each of which is said to have comprised of at least a thousand pages. Persian literature was much appreciated and a large volume of literature in India during the Mughal times was produced in the Persian language. Prose in the Epic form, known as Daastaan, gained most prominence in India and was translated from Persian into Urdu and today, into English and other languages.

Daastaans were tales of romance, warfare and adventures, which were far from reality and were created with the intention of helping people to find break from the ordinary life by escaping into a world full of supernatural elements. The distinctive art of Storytelling died with the death of Sheikh Tassaduq Hussain in 1918 in Lucknow and Mir Baqar Ali Dehalvi in 1928 at Delhi. In 2005, this art was revived by the combined efforts of Shamsur Rahman Farooqui, a notable Urdu poet, critic and theorist and his nephew Mahmood Farooqui, a well-known writer, artist and director. Though attempts to revive this art in Lucknow have been made earlier, it is after about ninety years that the city has produced its very own Daastangoh.

Himanshu Bajpai, the first modern Daastangoh of Lucknow, has won the hearts of his audience with his originality and eloquence right from his first performance in the city. Not only does he narrates the ancient tales with unique expressions and skill but has also recounted new Daastaans based on contemporary issues such as corruption, women empowerment and partition. The Daastangoi performances are not mere live shows but also a way for us to learn about the socio-cultural conditions of the previous times as they form an integral part of our rich cultural and literary history.

About the Author: Fatima Siddiqui loves to write and especially if it is about Lucknow. She is currently pursuing her Ph. D from Lucknow University. Fatima believes that words are extremely powerful and the right ones are capable of making a big difference.