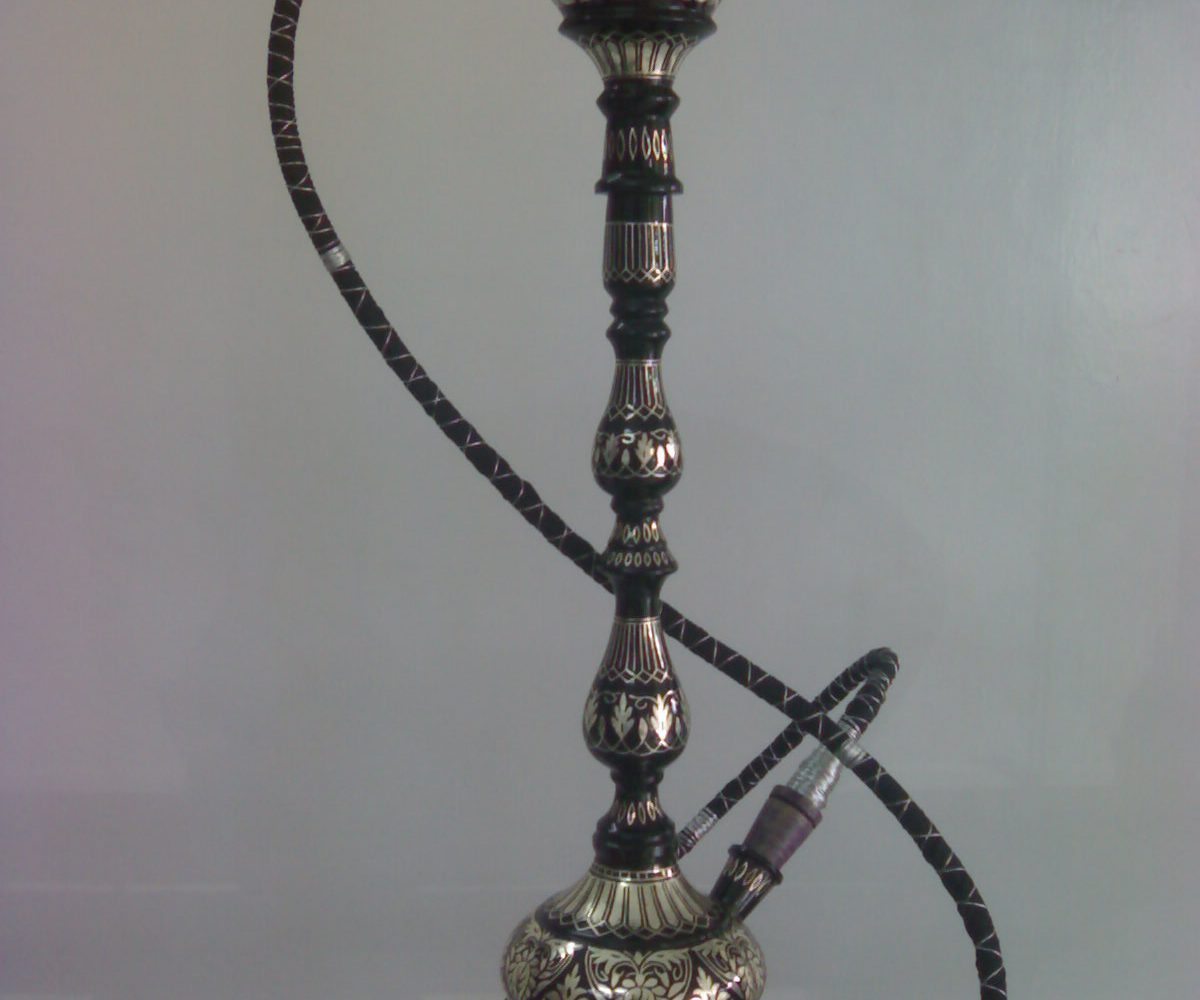 The charm and richness of the heritage of the historic city of Lucknow have been the characteristic of the city since ages. The royal culture, cuisine and craft, all deserve a special mention for being the highlight of the city. During all these years, Lucknow has not only carried the lineage forward but has also accepted newer things with open arms.

Bidri is one such craft that has its roots of origination in the state of Karnataka but now it is an inherent art form practiced widely in Lucknow. The city provided the art form with a flourishing ground with many local craftsmen who readily adopted the unique form of craft in their works. Bidri work supports the livelihood of hundreds of craftsmen today and is an integral part of the city’s art and craft culture.

The exquisite bidri and zarbuland (similar to bidri but slightly different) handicrafts can be seen adorning the rooms of Lucknowites or as classy cutlery in many households of Lucknow. The metallic craft is exquisite and involves a complex process to transform a few pieces of metal into a dainty marvel. To have a closer look at the art form, continue reading our vivid detailing on it.

Lucknow and its relation with the craft

Lucknow city has always been an ardent promoter of craft be it the Chikankari, Zardozi or Bidriware and Zarbuland. The art form found a foothold in the city during the rule of the Nawabs. The Nawabs were fond of the craft and supported it which eventually resulted in the setting up of various centres of the art form. In fact Zarbuland, which is a variant of Bidriware, got more prominence in the city of Nawabs. Today you can easily find Bidri and Zarbuland work on trays, bowls, hookah base (Huqqah Farshi), jewel boxes, cigarette holders and many other decorative articles as well. The art that was encouraged decades ago by the Nawabs of Awadh, is now an important feature of the city, and forms a vital part of the livelihood of many local artisans.

Bidriware got its name after the place of its origination which is Bidar in Karnataka. The craft was introduced in India by the Bahamani Sultans and is believed to have been traditionally invented in Persia several centuries ago. Bidriware includes damascening which is the craft of coating one metal with another through undercutting and hammering. The process is difficult and intricate but the finished product is beautiful, full of sheen and shine.

The gleam, which Bidriware has, is its highlight as it is done on the lustrous surface of the shiny metals, including the silver inlaying. A Bidriware goes through the long process of molding, polishing, carving, inlaying and darkening of the alloy to jet black for the silver design to look more appealing. The process includes use of mixture of copper and zinc in the ratio of 1:16 along with other non-ferrous metals that don’t rust on exposure to moisture. The designs are inlaid with fine wires or strips of silver that look beautiful in contrast against the black surface of the Bidriware.

Zarbuland can be said to be Bidriware with a difference. Zarbuland developed early in Lucknow and became very popular owing to the beautiful creativity and innovation. Zarbuland actually looks similar to the Tanjore metal work plates with certain differences. The characteristic feature of the Zarbuland that differentiates it from Bidri is that the designs in Zarbuland are raised above the surface. In Zarbuland, unlike Bidri, the inlaying of silver is done after the pattern is carved on the silver sheet. Zarbuland is an exquisite form of artistry native to Lucknow that has added to the creative facet of the Lucknow city.

Designs in Lucknow Bidri and Zarbuland

The designs practiced in Bidriware and Zarbuland in Lucknow are floral, vine creepers, fruits, fish designs, hunting scenes, animals, birds and anything inspired from nature. Nature was the primary muse for the workers that continues to inspire the artisans even today. A typical design comprises of human figures, flora, and fauna that look beautiful on a Zarbuland artifact or Bidriware.

The craft is complex and difficult to make but the finished product is a sheer beauty to adore. The shining silver designs on the glossy surface appear attractive to the eyes and are a class apart.

The art form has received acceptance and adulation from both Lucknowites and visitors. The craft needs more support and stimulus to survive the completion in the market. So when in Lucknow, do not miss out on this exquisite art form, widely seen on hookahs, ughaaldaans, jewelry boxes and other decorative household items.проверить индексацию сайта в яндексе