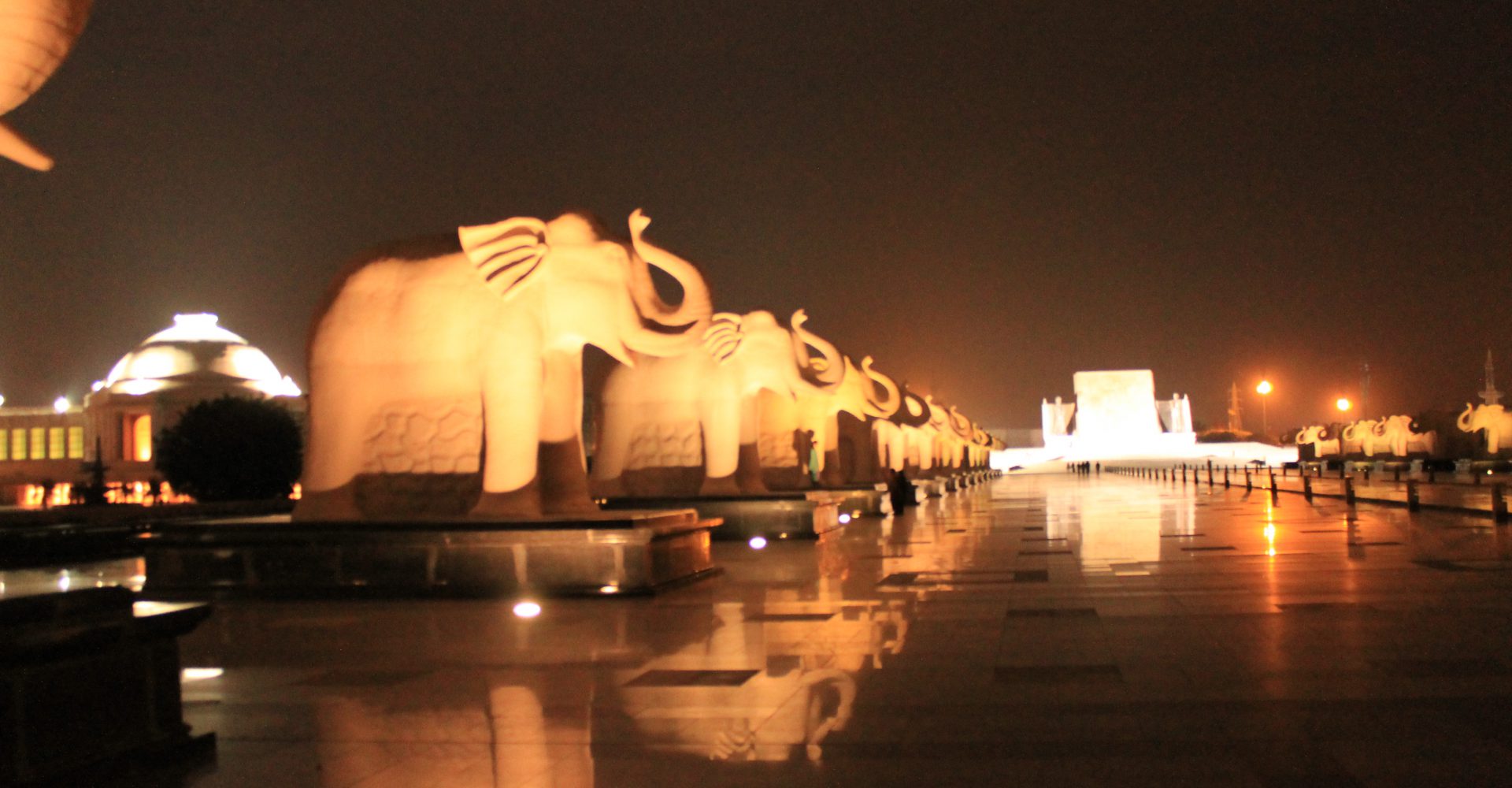 The city of Nawabs, Lucknow is synonymous with rich historical past and splendid monuments, not to forget the numerous parks and gardens for which the city is sometimes referred to as “Baghon ka Sheher”. There are accounts of some very interesting things about the unique evenings of the city that are peculiar in their own way. Many historians have been so impressed by the spectacular charm of the evenings in Lucknow city that they have been termed as Shaam-e-Awadh.

People in the city love to spend their evenings in the various parks and gardens that dot the outline of the city. Some of the popular parks in the city such as Dilkusha Garden, Begum Hazrat Mahal Park, Neembu Park, Haathi Park, and Buddha Park draw visitors and the people of Lucknow in huge numbers every day, particularly during the summer season. The former Chief Minister of Uttar Pradesh, Ms. Mayawati made a conscious effort to augment the landscape of the city of Nawabs. During her tenure, many spectacular parks and memorials were built for the people of Lucknow to honor her mentor Dr. Bheem Rao Ambedkar. One such contemporary park of great architectural magnificence is Dr. Bheem Rao Ambedkar Samajik Parivartan Sthal, located in the Gomtinagar area of Lucknow.   Ambedkar Samajik Parivartan Sthal The architectural beauty and splendor of this park is amazing. People from all over India come and visit this one of its kind park. The park, also called Ambedkar Memorial by the people of Lucknow, is dedicated to honor influential personalities such as Kanshi Ram, Bheem Rao Ambedkar, Narayan Guru and Jyotiba Phule, who worked for the welfare of the downtrodden strata of the Indian society. These eminent personalities devoted their lives for equality, humanity and social justice in the country.

Ambedkar Stupa In the middle of the imposing park, stands a unique 112 feet high structure resembling a Stupa. This marvelous stupa is also known as Ambedkar Stupa, which houses an impressive 18 feet high bronze statue of Dr. Bheem Rao Ambedkar. Pratibimb Sthal The Pratibimb Sthal is actually the main entrance of this imposing memorial. The entry point is guarded by 62 statues of elephants on either side of the walkway. These huge statues give an overwhelming feeling of grandeur to the visitors. The overall aura of the park is simply unbelievable and the magnificence of the structure is awe inspiring.

The Uniqueness of the Park The entire memorial is constructed utilizing red sandstone and the famous Makrana marble brought specially from Rajasthan. The presence of an expansive courtyard, impressive Ashokan urns, columns, and bronze fountains tend to augment the overall beauty of the park. Furthermore, the colossal elephant gallery, beautiful entrance plazas and lush gardens with a 21 feet wide canal increase the visual appeal of the memorial. At night, the sprawling campus comes to life with the help of spectacular lighting display. Beautiful Belgian lighting enhances the night view of the park vividly and leaves visitors awestruck. Public facilities such as eating joints, washrooms, and ample parking space are available in and outside the memorial for the convenience of visitors. Visitors can also explore the UPSTDC Restaurant, which is located opposite to the park. This splendid memorial is a must-see for every visitor of the city of Nawabs, to be able to feel the magnificence of the Lakhnawi charm.купить диктофон м видео